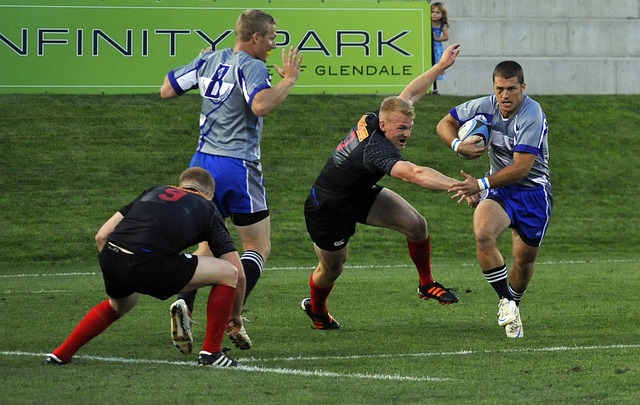 One of the reasons for which I have been away from Persona Paper for several weeks is represented by the fact that, besides my regular treat of soccer matches, I couldn’t stop myself from watching live almost all the matches played in what is in my opinion the biggest sporting event of this year, the Rugby World Cup. I think this fascinating game deserves my full attention every four years, when all its superpowers fight with honor and bravery to determine which nation will be the new ruler of the world of rugby.

In addition to the quality, fast pace and drama which accompanied the games of the eight edition of the Rugby World Cup so far, there were also some extraordinary moments which took place before the start of the matches in which nations from the Pacific Islands were involved that I couldn’t miss. Those memorable pre-game moments were the ritual dances performed by the players from Tonga, Samoa, Fiji and above all New Zealand with its scary and yet majestic Haka:

This fabulous ritual with its scary war cries and perfectly coordinated moves says a lot to me about the strength and determination of the infamous All Blacks, as the New Zealand rugby team is known worldwide. Hundreds of years ago it was performed to frighten the enemies of the Maori people; fortunately times have changed and Haka is no longer a declaration of war, but a way to express fearlessness and total commitment on the sports ground.

No matter how many times I see Haka performed by the All Blacks, I can’t get enough of it; New Zealand in rugby is like Brazil in soccer, any world cup in these games would be a lot poorer if these nations didn’t reach its superior stages. Therefore, even if I appreciate all the teams who made it to the quarter finals for their great efforts and outstanding evolutions, I can’t be neutral: I want to see the All Blacks perform haka before the big final of the Rugby World Cup!