A few thoughts on political "outsiders" in the 2016 Presidential race 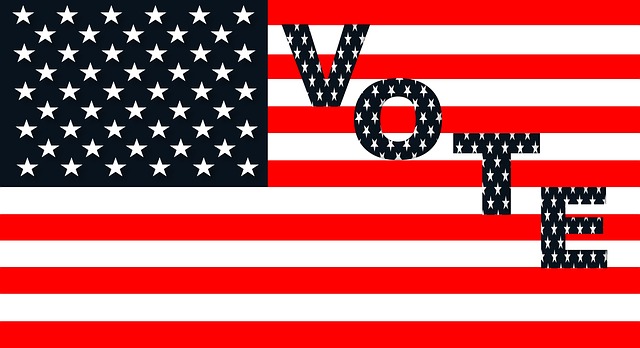 Much of the talk this year in regards to the 2016 Presidential race has been about so-called "outsiders". This is the year of the outsiders, the media keeps telling us, and to an extent that seems to be the case in the Republican and Democratic primaries. On the Republican side we have three non-politicians currently near or at the top of the pack: Trump, Carson, Fiorina. On the Democratic side, Bernie Sanders has received a huge amount of attention and a strong following with his strongly socialist views.

But I was thinking this morning, will any of this really end up mattering in next year's election? Will voters' apparent disgust with our current politicians actually make any difference come Election Day?

I still have extremely strong doubts that any of these Dem. or Rep. "outsiders" will actually get the nomination from their respective parties. I still expect it will be a Bush/Clinton rematch, with only some uncertainty if Biden gets in the race (and/or if Rubio can come on strong again.) The big party machines will only take so much, so many challenges. Which is partly why I don't consider myself either a Democrat or Republican, and have actually never voted for a member of either party in a presidential election. (I've always voted Independent or Libertarian.)

I wonder, if the Dems and Republicans end up nominating mainstream candidates after all, will we finally see a third party get a serious percentage of the vote? Trump vows he won't run third party, but what if some of his supporters end up seeking out the Libertarian or Constitution party candidates instead? Would Sanders supporters get behind Jill Stein and the Green party, if they really want to see serious change happen? Or is all just a lot of smoke and mirrors, big talk about "change" that will never take place?

I'm curious to see how it will all play out, to be sure.

Hello all, it's been a while

Thanks, been busy so just haven't been around much. Working a lot on my other web projects to get ready for the holiday shopping season.

I suspect it will be two mainstream candidates in the end. Other than Trump, money will become an issue plus bucking elitist political machines on both sides. The real tragedy is it isn't really about outsider candidates but an expression of anger about Washington and elitist career politicians of both parties with no clue as to the real world and doing as they please and all they have to do is weather the ballyhoo and hisses and it will be business as usual with two establishment candidates from Clinton, Biden, Bush, Rubio et al.

It would be nice to think that someone running for office was serious about making changes to better the US. I see quite a bit of it as smoke and mirrors though. I honestly did not think that Trump would hang on this long. I always saw his bid at being president as just part of a publicity stunt. In my opinion I would not like to see another Bush/Clinton run. I can't say that I have confidence in either of those two. Fresh new blood would be nice for a change.

#myopinion - Don't think the term “outsiders” is even appropriate. But who am I to tell the media which “labels” to use? If you're an American you're not an outsider? So what if you're not a part of the political machine because you didn't serve in a political office. But you know just as much about the politics of the country as a so-called “insider”. In fact, have you ever ridden on a public bus? You should hear people talking about politics and proposing solutions to major social issues. Any one of them, if they are American, could run for office! Bet they could take a podium in a political debate and stand their ground with the “insiders” and “outsiders” and convince voters to vote for them. Funny thing is ... I was on a bus once talking to this person. Days later my husband turned on the TV because there was a mayoral race and the candidates were debating. You can imagine my shock when I looked at one of the candidates and recognized them! I said to my husband: “Hey! I was talking to that person on the bus!” They were running for mayor. Could have just as easily decided for POTUS. (O.o) God bless America.

The last third party Presidential candidate to receive a serious number of votes was Ross Perot and while he may have thrown the election to Clinton first time around, his % of the vote was not enough to make his one man party a viable force going forward. The current third party stalwarts like the Independence Party, the Libertarians, and the Green Party have never successfully mounted a real challenge to the two major parties. The last time an upstart party succeeded in national politics and continued as a going concern was then the Republicans got Lincoln into the White House.

As to the "outsiders," eventually folks are going to figure out The Donald is a windbag with no ability to lead this country. Fiorina, once the initial hubbub is over and her real record in business is revealed with drop off the radar, and Ben Carson, as he reveals more of his plans for a Christian Theocracy will lose backing from the Party because he would be unelectable in a general election.

If the big party machines are still running the show, I guess you would have to put your money on a Bush/Clinton rematch. I wouldn't vote for either one.

I think Trump is popular right now because he's not drinking the "political correctness" kool-aid. I don't know if that's going to keep going through next November, because eventually he's going to have to get off the "I say what I think" and detail his platform.