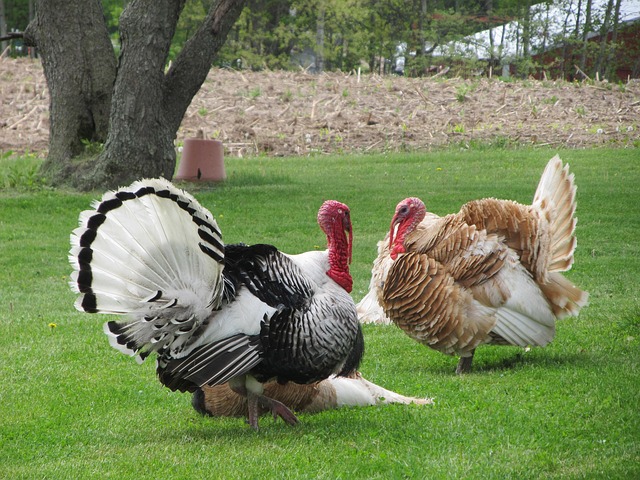 We Americans often think that the Canadians may be a bit odd. After all, they celebrate Thanksgiving in October and on a Monday, the second Monday of the month. This year it falls on October 12th.

" But what about the Pilgrims and Plymouth Rock? " one might ask.

Wake up, you silly Americans!

There was an English explorer, Sir Martin Frobischer, who was looking for the Northwest Passage. His third voyage was in 1578, and it was that year that this arctic explorer celebrated "thanksgiving."

If you remember your history, it was not until 1621 that the Pilgrims celebrated "The First Thanksgiving" in the New World. So, the explorers in Canada were thankful 43 years longer.

Americans (both U.S. and Canada) can be a competitive lot.

Thanksgiving Day was declared a U.S. federal holiday when President Abraham Lincoln proclaimed that there would be national day of "Thanksgiving and Praise to our beneficent Father who dwelleth in the Heavens." So every year since 1863 on the last Thursday of November, we gather friends and family for huge feasts, generally with a turkey as its centerpiece.

Not to be outdone, Canada's Parliament called theirs "a day of General Thanksgiving to Almighty God for the bountiful harvest with which Canada has been blessed." It became a Canadian national holiday in 1879. It only took them 16 years to figure it out, versus the Pilgrims' needing 43 years.

I have often wondered why we do not, as North Americans, just get both countries' turkeys together to figure out how to combine both days for one big feast. We could split the difference of that 45 days, and do a two-day blow-out celebration on the first Tuesday and Wednesday of November.

Canada's harvest ends sooner, and the United States' harvest is later, so we would have food for us all. We might even take those two days, and make it a big two-week shindig, if we could get everyone to agree.

One big party. No competition. Well...until the turkeys decided to say, "Puck it!" and beat each other with big sticks.

Have you taken the short and sweet, What Should We Do About Thanksgiving Day in North America? poll yet?

Bloggers and Writers Making a Living on the Web?

What Should We Do About Thanksgiving Day in North America?

Wouldn't it be a hoot to celebrate Thanksgiving together, Canada and the U.S.? Somebody should go to work on that idea.

Well, I always thought it strange to call us in the U.S. "Americans", when we are all Americans, coming from North America. But then, we would have to be "United Statesman," which wouldn't work since we can't use "-man" as the default. So, "United State-ians" just sounds dumb.
Maybe we should just open up the northern borders? But then Quebec and Texas would have to fight it out as to who should be first in starting their own country.

*laughs* I hear you.

Maybe there should be a standard worldwide one, averaging the date from when most countries complete their harvest. As there are more countries in the northern hemisphere, it will probably end up somewhere in August.

Although, having it in August might interfere with the big shops starting to put up their ever-earlier xmas decorations.

I love that idea, especially taking 2 weeks to celebrate lol

Sounds good to me!

Thanks for this quickie history lesson. Enjoyed it!

Okay, I'm off to read whether Frobisher really celebrated Thanksgiving. I am sure there has been some sort of giving of thanks after harvest from the beginning of agriculture. Any way, enjoyed the article.

But Frobischer's attempt at settlement failed because of the icy Arctic conditions and his Thanksgiving was to celebrate the fact that his whole expedition hadn't been lost. Then he and what was left of his fleet hightailed it back to England.

Besides, while the Pilgrims were celebrating managing to make it to their first harvest, down here in the American south, the date of their first Thanksgiving was just another ordinary fall day in the well established towns of Tidewater Virginia.

Truth there about Sir Frobisher, but it was still celebrated. LOL I'd celebrate the last day of knowing I was getting my ass out of there, too! LOL Brrrrrrrr.....

As far as the Pilgrims...I'm wondering who they made do the cooking. But that's for another lesson.

I am satisfied with celebrating Thanksgiving on the last Thursday in November. Thanks for the history lesson.

Never knew that. Thanks for sharing. Happy Thanksgiving no matter when you celebrate it.

You do know that we have something else going on the first Tuesday in November, though, right?

I am pleased to celebrate Thanksgiving the fourth Thursday of November after all it is tradition for us here in these United States and Texas. But, I say it is up to the majority for a change, I just hope it stays the same for us as well as your country Canada.

Oh, I am not Canadian, Brenda ! *laughs* Thanks for stopping by to read and comment!