The Third Day in Kolkata & The Heat Is Killing Me! 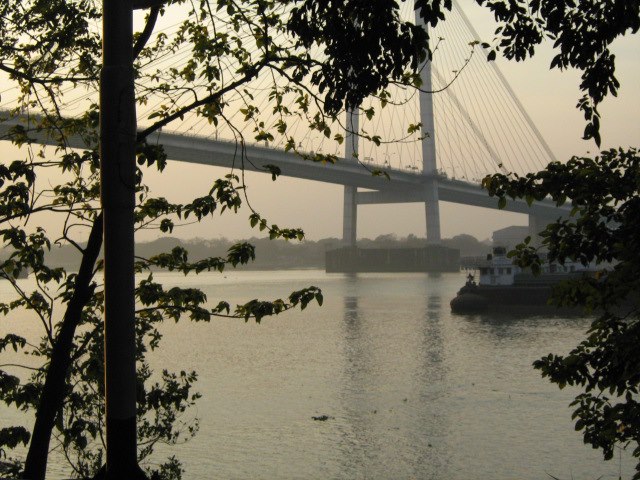 It has been day three in Kolkata, India where I am on a short October break and probably something I wish I had looked at sooner, weather wise. Don’t get me wrong. I don’t mind heat or hot summers, but even in October before the proper Indian winter arrives in November, the heat has been unbearable to say the least. Even the locals are sweltering and complaining of being sticky and sweaty and I’m inclined to agree. Thank god I made the right decision to bring plenty of talcum powder with me, as it is only thing that I have managed to wear to keep me dry all through the day even though I have options to constantly shower! Well I'm sure you would have to given that it is 33 degrees Celsius if you are used to more than half of that back in the UK!

It is good to be back in India, although Kolkata is as busy as ever. It does surprise me that the general motorist still hasn’t got used to being patient on the roads though and that they should at least have one day’s rest where honking of horns is not allowed. This could be a charitable day to see how long one’s charitable status could last for not using the car horn.

As is, it is nigh difficult to get away from car horns in Kolkata, let alone other cities. Even being away from here in the last two years hasn’t seen much of a change to my eyes, although I have to say I’m impressed with the general clean up that the local council seem to be addressing. Because if the waste on the street isn’t cleared up, everything can and does go off in the heat.

The only fly in the ointment is that the family car is out of action. My uncle has been waiting since the end of August for the arrival of clutch cylinders for his i20 car. However neither the garage or dealer seem to be offering support whilst the Facebook page for Hyundai-India seems to be getting its fair share of complaints from other owners. I know his next car will NOT be a Hyundai. Look out for the next sporadic couple of posts, Persona Peeps. (c)Nar2Reviews2015.

Photo shown is my own, taken originally in 2013 of Hongly Bridge, Kolkata, India.

E-Tourist Visa ONLINE from UK to India - NOT EASY! ** UPDATE**

Sorry it is so hot there. Are there any public swimming pools around for the people to cool off in by taking a swim?

Well there's the ganges, LeaPea2417 but it is so dirty you don't really want to go swimming in there.