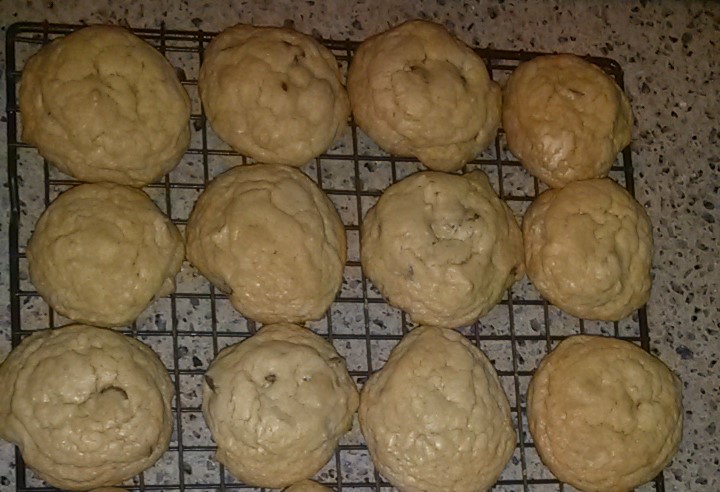 The second lesson I learned while doing a not-so-good job of making cookies today affects more than just the cookies. As I mentioned in my early post, I tried to make Toll House Cookies substituting flavored candy corn for the semi-sweet chocolate chips. While they didn't make the best cookies, the caramel flavored candy corn didn't make a bad tasting cookie.

The peanut butter cup flavored candy corn, on the other hand, was atrocious. You would think a candy corn with such a promising name would be delectable. It was not. I've slid head first into second base and tasted infield dirt that had better flavor. No, I am not exaggerating. I thought maybe the baking process had somehow ruined the flavor so I tried one from the bag, and gagged. I did manage to swallow it rather than spit it out but it wasn't easy. K tried one and while she didn't find it as repulsive as I did, she did wrinkle her nose and say, "I'll know not to buy that kind next time."

Apropos of Nothing At All

Peanut butter cup candy corn sounds like it would be considered some kind of blasphemy on some dimension, somewhere.

Peanut flavored wax. YUCK! I shall not buy these, if I should find them. I haven't ever really cared for candy corn anyway.

Thanks for the heads up. If I buy candy corn I usually get the normal type anyways.

When I first saw it I had to stop myself from making the sign of the cross to ward off whatever evil spirits had overseen its creation. I reminded myself that it is just a candy-ish like substance.

Thanks for the lesson and I will only get the caramel flavor. Peanut butter cups is the only way to go. (Reese's that is.)

I think its time for me to heat the oven for baking again.

I won't bake again for a while. K and I cannot eat all those cookies. Now that the boys have moved out I need to learn to make smaller batches.

I could see caramel candy corn, but Reese's is the only one that really does peanut butter cup right.