What If Flying Spiders Were Real? 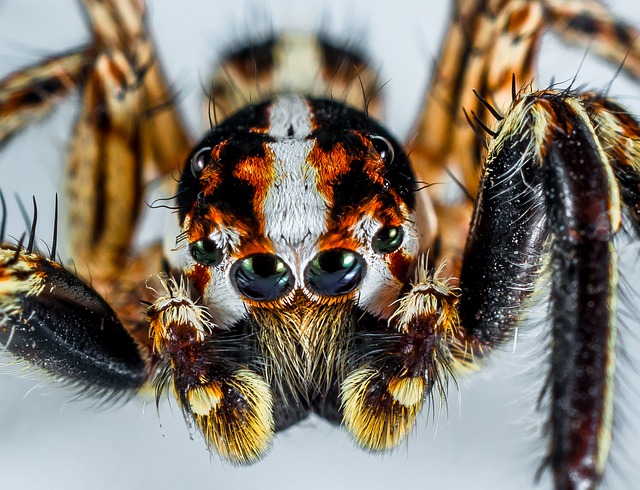 Several years ago I saw some pictures on the web of a so-called ‘winged spider’, a new species of arachnid supposedly discovered by scientists. Luckily it turned out to be a hoax made by someone with a macabre sense of humor. However, it was enough to cause panic to people suffering from arachnophobia, and I have to say that in the beginning I also thought it was real. Fortunately it was nothing but a bad joke, but the thought that such creatures might one day populate the Earth is still embedded in my mind.

As far as I could find out on the web there is in fact a species of winged spider in Australia, the Bush Orb Weaver Spider, but it’s small and, what’s more important, even if it has wings it cannot fly, so from this point of view I think we can relax and still get out of our houses because the flying spider is only a myth. But what if such a horrible creature actually existed? What if one day there were as many ugly, disgusting spiders flying everywhere just like flies or mosquitoes? Would such an unwanted reality change our lives for ever and affect us in ways we can’t imagine yet? I definitely think it would.

First of all, if those terrible beasts appeared flying high up in the sky many people, especially those with arachnophobia and those with serious health problems, would suffer a lot. The mere thought of having a disgusting eight-legged, hairy spider flying free and sitting on our faces and bodies is probably enough to scare us to death. And if some of those species were also venomous things would even be more dramatic. In such a worst-case scenario, I suppose there would be a state of total chaos in which many people would desperately try to find shelter in bunkers or other underground places and let the armies and the biologists try to fight and eradicate those flying monsters. It would be a sort of apocalypse for many of us.

Secondly, there might also be some people who would try to benefit from such a gruesome situation; for those fewer people who love spiders, especially tarantulas and other big species which frighten many of us just by watching them on television, the occurrence of flying spiders would be a great blessing, appreciated mostly by those who enjoy eating big spiders, as it happens in some parts of the world where fried and cooked tarantulas represent a delicious meal for many citizens. So obviously, not everyone would be scared to death, and some people would adapt to the situation and even make a lot of money since flying spiders would probably be easier to catch than normal ones and those who enjoy bizarre foods would be in heaven when eating different types of dishes based on tarantulas or other spiders.

Flying spiders are nothing but a legend for the moment, but one cannot stop thinking: with so many experiments taking place which make it possible to create new species from all sorts of weird genetic combinations, isn’t it possible for some mad scientists to create such a species whose place should only be in horror movies? Could those movies turn into a reality that would prove more horrifying than even the worse nightmares of people suffering from arachnophobia? I am grateful to Mother Nature for not creating such monsters yet , but I’m afraid people might eventually do it. Let’s hope that my fears have no real basis and flying spiders will never exist except in our imagination.

I could have done without the damned photo this morning! LOL

Well, it's definitely not the most pleasant image to start the day with, but as long as it's just an image and not the real thing, I guess it's fine!

In a sense spiders can fly. They spin a single long strand of cobweb and let the wind catch it and carry them before it. This is how the juveniles spread from the nest into territories of their own. Not quite what you suggest in this post, of course, but close!

I hope they will stick to that type of flying forever!

As long as they were not to big I think they would bee neat creatures to have. Especially if they continues eating other bugs. That would mean they could just fly around eating.

Yes, that would be a positive aspect, they could eat a lot of bugs in a shorter time span.

Wings or not, spiders don't prey on people. They wouldn't be any more freaky than bats, which are much bigger and which ALSO leave people alone.