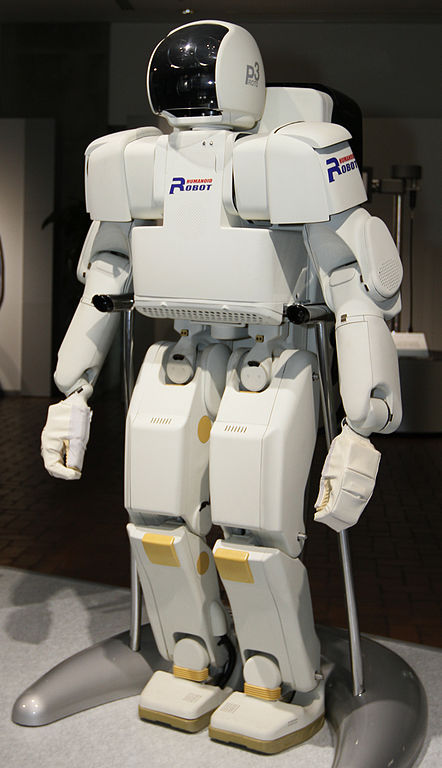 Automata is an engaging and exciting film. Typically, but not ineffectively, we see Artificial Intelligence surpass humans in perception and compassion. The human controllers in this dystopian society (post-nuclear event again typical but what else is likely for our ape-like rulers to mess with?) scheme and betray each other while our hero only wants to get his pregnant wife out of the city.

And what a city. If the ubiquitous weird high aerials were explained I missed it. Shades of Blade Runner - yet not annoyingly so. We're halfway there right, so what else would be new?

I didn't like most of the soundtrack. Except for a recurring solo cello I thought the music - a medieval chant type of sound was way out of place.

The AI units were real characters and likable ones! Having surreptitiously learned how to fix and enhance themselves they were ready to exodus to a radioactive area where humans could not follow them. They were done with being slaves.

The Alpha AI unit even makes a canine type creature - except for a new development "he breathes like you do". So we see they are well on their way but do not want to harm humans - even the bad guys. They just wish to get away from it all.

This tale was Filmed in Bulgaria with wonderful mat backgrounds and smooth robot animation.

The Widowmaker An Educational Documentary About Sudden Heart Attacks

This doesn't sound like a film I'd enjoy, but thanks for a nice review.

Glad you liked the film.However I am not sure I will.So I don't think I will watch it.