"Time to post something at Persona Paper so I can stay in touch with Coral Levang, Loud Man, Miss Fortune, et al. I know I've uploaded something that would fit on Persona Paper, but what? Where?" I need not have worried. As at other writing sites, I may write things with a specific site in mind, at home, but after reading e-friends' work I usually end up posting something new suggested by something someone else posted.

I'm writing from a location within long-walking distance from a Wal-Mart. The mostly retired residents of the neighborhood complain that the walk is too long for them, so currently a new Wal-Mart is being built just across the hill. My 80-year-old mother should be able to walk to Wal-Mart this winter. Whether she'll want to shop there, or we'll want to "let" her shop there, is another question.

I wrote something earlier this summer based on something a real-life correspondent wrote about our local Wal-Mart. Sometimes it's still a nice place, the way it was during Sam Walton's time, and then there are the employees who seem to have come straight out of that "We Hate Everybody Starting With Ourselves" chain store that Sam Walton wrote off with such oblique faint praise in Made in America ...the one that made Wal-Mart look so good.

It seems Ms. Shopper was taking advantage of a promotion on some overstocked food that was fast approaching its sell-by date. She handed a couple of packages to a rude, pushy cashier with a name that sounds like "Twisty," then watched the cash register, as all shoppers at our Wal-Mart quickly learn to do to avoid paying for a different, more expensive set of purchases than the set they actually take home. "Twisty" got busy flapping and wriggling, trying to shove her face into Ms. Shopper's face and call attention to herself, and of course deliberately annoying Ms. Shopper by calling her "honey."

"That's not the price on the shelf," Ms. Shopper pointed out.

"What shelf? That's not the item that should be on that shelf," Twisty said in a rude, argumentative manner.

"Why, so it isn't. It's a larger package. I'm sorry. Just put that back," said Ms. Shopper, while Twisty clutched the larger package. Ms. Shopper went back to the shelf and got the item she had intended to purchase. Twisty rang up the items correctly, but continued chattering, now in an overtly hostile manner since she's been trained to try to force conversation even with people who obviously don't want to converse with her.

Ms. Shopper paid for the items she had intended to purchase. To her surprise, when she got home she found her shopping bags containing the larger package, for which she had not paid. Twisty not only failed to cheat Ms. Shopper, but cheated Wal-Mart.

About that time, I had gone into Wal-Mart with the intention of purchasing several items. Most of them weren't in stock. I ran into another chatter-cheat brat with a name that sounds like "Trashy." I saw the same kind of weird gyrations and contortions as "Trashy" refused to acknowledge that I wasn't going to converse with her. It didn't take her long to escalate to overt rudeness either. Apparently these teenagers have been told that they're supposed to draw the customer into conversation, and even a verbal brawl is "better" than just focussing on their work, ringing up purchases accurately, and keeping their mouths shut until it's time to say "Thank you" as they take the customer's money.

Again, agitation put Trashy off her game. Her voice became shrill; her face became red, because I just continued to watch the cash register and ignore her antics. She read off the total price before the last item and tax had scanned, possibly for the express purpose of being able to say I'd counted out the wrong amount of money. I just looked at the register and tried to keep a straight face...while Trashy was trying so hard to bully an older person into playing her game, she'd actually cheated the store out of a few dollars.

So home I went, with my blood pressure raised a bit by this hostile interaction, but with the satisfaction of knowing that, if I hadn't made chatter-cheat shut up , at least I was not the one chatter-cheat had cheated...and she'd made enough of a scene to attract unfavorable attention to herself, too!

Of course a proper Southern Lady, to whom store employees speak only when they're spoken to (or handed money) and whom they address as "Ma'am," would have notified the cashier that she'd made a few mistakes. I've done that, in stores where I've been waited on civilly. I'd even do it in Wal-Mart if, the next time I were in that store, I'd been waited on civilly.

And maybe, as with some other stores that employ obnoxious cashiers, if the store manager makes a formal, public apology, and the store publicly corrects its policy to include things like "If the scan price doesn't match the shelf price, the item is free" and "If the cashier doesn't say 'Thank you' before touching your money, the entire purchase is billed to the cashier," I'll go back there and pay the...four dollars and...oh, why not call it five, just as long as nobody else has to contend with hateful employees like Trashy.

Saying Unto the Mountain, "Be Thou Removed"

Thanks for making me glad to be Southern. We don't have obnoxious cashiers here. 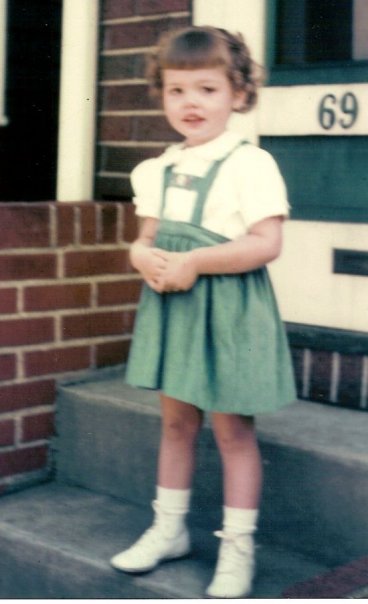 I haven't had any real problems with my associates at our Walmart. They do have a problem with my vitality card from my insurance company. They keep trying to pull it thru the reader when I tell them they need to scan it. The card reader has now worn off the directions. I've gone to the key ring card but they still can't figure how to use it. Didn't help that the computer went down just as she tried my directions the last time there.
The store is 14 miles from home so I've gotten to where I go elsewhere instead of being aggravated. It irritates me not to get my 10% off my food purchases because they haven't been taught how to accept my card.

Thank you for the link back and the mention. Yeah...what GIVES with these cashiers? I know it can be a tougher job than it appears but I' he managed civility myself, while doing it. The anger confuses me.

I really have not had a rude cashier at my local Wal-Mart. The ones that work there have been there awhile and it it like , it is their main job and they don't want to lose it by being obnoxious.

I have had a few rude cashiers at Walmart and I have had some nice ones. Of course when I get to the register I like to be acknowledged instead of ignored. I feel that an acknowledgement is good manners. "Hello" and
a possible "How are you today?" would not offend me. What I am offended by is when a cashier has a stone cold "I hate my job" expression on their face while they ungraciously slam my fresh fruits and veggies around all the while never looking at me once.

I have not found that the people I have encountered at Walmart to be as you or LoudMan have shared. KMart, on the other hand.....

Most people in Tennessee consider themselves Southern. I will say, though, that the nicest cashier I've found at the local Wal-Mart comes from further south...Puerto Rico? Cuba?

It irritates me that Wal-Mart is getting into the card gimmick! One thing they've had going for them was equal prices for everybody and no questions asked.

When I was growing up, the neighborhood store had prices for neighbors, low, and prices for town dwellers and visitors, high. But at least nobody had to scan any cards...you just paid what the storekeeper thought you deserved to have to pay. Even that's better than these card games!

Ours were like that for a long time. Some still are. Good luck to your neighborhood, keeping the nice ones!

I'm glad I'm wired not to need "acknowledgment" from other people, sorry that anyone has such a need. But the rules I propose wouldn't affect people who *want* to talk to store employees; they can identify themselves by speaking to the employees.

Ah, yes...the store that was making Wal-Mart look so good. (Mr. Walton said something like, "I respect Mr. Kresge and what he's doing," as his chain continued to mow down the faster-growing chain.)

I think what annoys me about Walmart (if I spell it that way will the link work?) is that ours started during Sam Walton's lifetime and was run to his standards, so people still tend to expect shopping there to be *pleasant.* Sometimes it still is...and then there are times, like the two years in a row when I've gone in to replace space heaters *during single-digit freezes* and all the heaters have been trashed to make room for displays of summer things, when I realize that Mr. Walton's dead and his heirs have entrusted his store to blithering idiots.

Btw GBP and I went to Wal-Mart last night. The only employee I really noticed was the nice cashier from Further South. If I'd found half of what I was looking for, it would have been a satisfactory grocery shopping trip.

Do you just not enjoy talking to people in general or is there more to it?

I don't like the chatter-cheat game. I enjoy real conversation; I agree with Jesus that "greetings in the marketplace" aren't real conversation, and appeal to people who aren't real friends. But I really hate it when employees are allowed to use chatter to cheat people out of money.

I think that customer service everywhere has gone by the way side. If I have a clerk/waitress/etc. roll their eyes, or talking to me condescendingly again, the next one will get a punch in the nose.
I have had two experiences, one with a male, another female, both in their early 20s, who were awful, and then the most patronizing. I just wanted to slap them. Both, actually lied to me, and I held my ground. Spun the stories around, management got involved, both in their late 20s. Sided with the employees. Both lost my business. Neither cared.