Inside a Salt Mine - in Turda, Romania 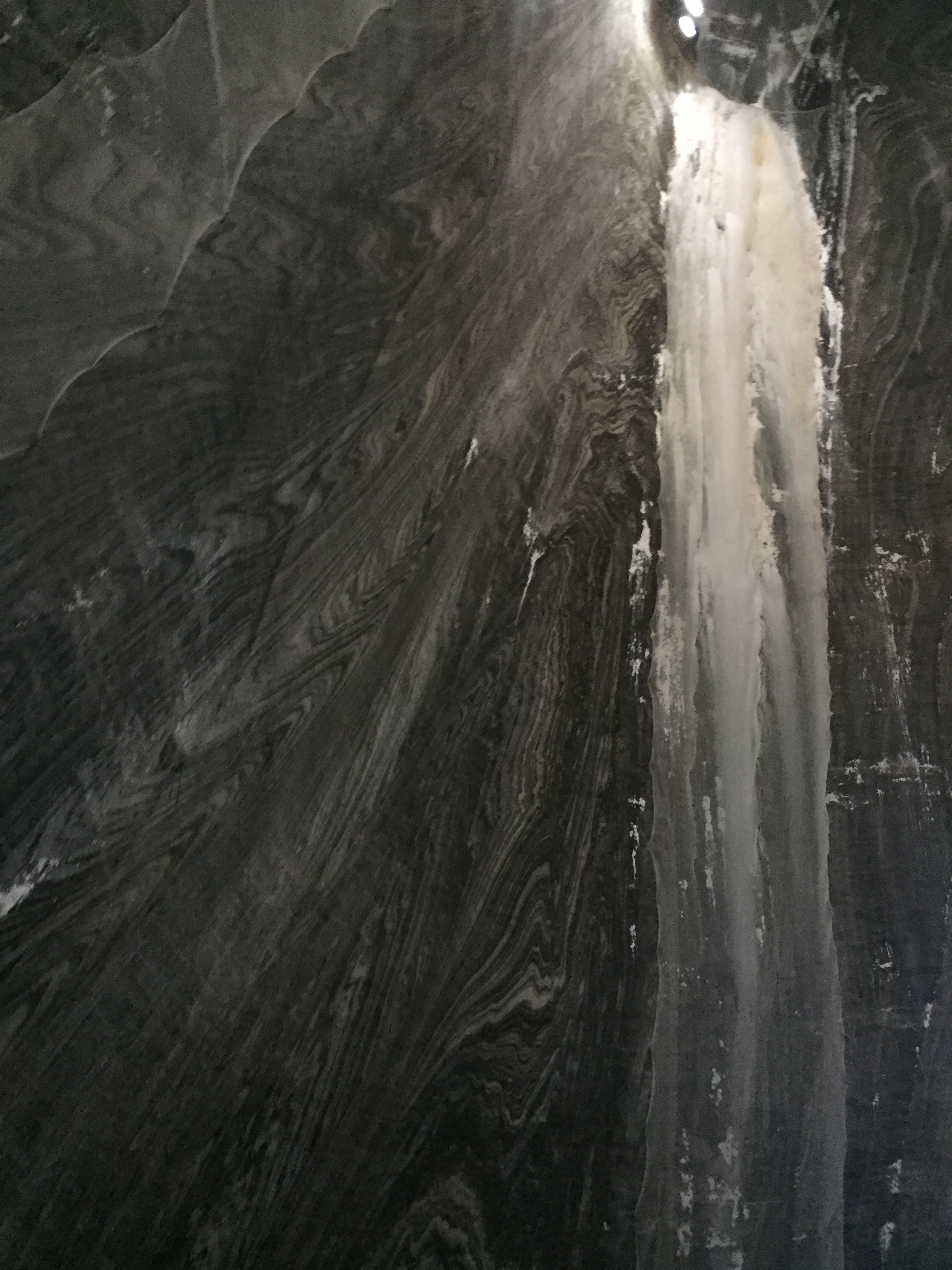 Have you ever been inside a salt mine? It is quite beautiful, at least the one in Turda is. It has been used as a salt mine from 1075 (first document that mentioned it) until 1932, when it closed down since another mine close by was more productive.

After it was closed as a mine, during WWII they had opened a section for the population of Turda to hide during air raids. Later on, they had used a section of it for cheese storage.

In 1992 the mine had opened for visitors, then in 2008 it was made into a great tourist attraction. Part of me wiches they left it the way it was, just opened it for visitors. But once inside, I couldn't help but enjoy the new look of it.

Some of the features, like the long entrance tunnel, with salt walls, and a few of the rooms, were left intact, so we can experience history. However, the main gallery, the huge open space of the Rudolph and Terezia Mines became quite a wonder world. The lights used illuminate the wonderful walls of the mine, like the one in the picture. with salt swirls and falls, as well as the stalagtites and stalagmites formed of salt. A glass elevator, as well as well maintained stairs make the descent easy and enjoyable. Of course, there is a playground for children, boat rides, as well as other entertainment is available. However, the beauty of it is really striking now, that it is visible.

The Turda Gorge in Romania

A Ghost Town of the Wild West

I've never thought of salt mines as being a tourist attraction. Sounds like an impressive sight to see.

Most people don't. Of course if its a working mine it wouldn't be, but it's very pretty, so once it's not used as a mine, it's worth the visit. It's also used as a health spa, for all kinds of respiratory issues.
Thank you for reading and for your comment.

I have been inside an actual working salt mine in Hutchinson, Kansas. Great and fascinating tour.

WOW! I visited Romania today thanks to you. Never been in a salt mine before.

That had to be a great experience :) . Thanks for stopping by and commenting.

I'm glad you stopped by. Thank you.