"Daredevils" "Heroes Among Us--Or Not? 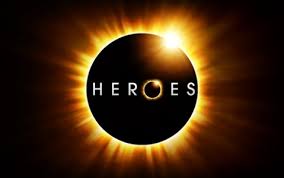 I remember that, ever since I was a child, I imagined I could be special when I'd grow up. There was a deep seated longing inside of me to make the world a better place. Each night after dark, I could hear sirens racing through the city streets likely responding to emergency calls. The more I listened, the more I became saddened at the thought of harm or violence spreading it's infection throughout the many vulnerable communities I became so familiar with. I knew people were being hurt, I couldn't stand the thought of it! I was seventeen years old on my skateboard in a parking lot that housed an abandoned building somewhere in Pennsylvania at night, and right then I had hoped to become a superhero believing that 'that would give me the edge required to help end murder and unfairness in the city. I had grown up on the vast amount of TV shows that incited Superhuman capacities which perked my longing to save the day early on. Til this very day, that longing hasn't left me—I don't want it to. I haven't received superhuman strength or X-Ray vision just yet as disappointing as this is, but there are still heroes among us right now. Just not in the supernatural term. Take for instance the firefighters who risk their lives everyday to save someone from a burning structure? Or the kind Samaritan kneeling to help a fallen elderly off of the ground, or, the public defender willing to go to bat for a client who he/she knows is innocent beyond a reasonable doubt? These actions may not seem superhuman, but it takes a special kind of person to sacrifice their own well-being and comforts in the name of another, and thats what super humans do the most! They take little regard for their own safety, counting the safety and well-being of sometimes, complete strangers more important than their own! They not only put their own lives on the line but the lives of those they hold most dear. Battling flame after flame—elder after elder and case after case. Showing up to work day after day which would probably be much easier not to do. From what I've observed over the last thirty one years, there aren't any flying super men or red daredevils wearing enhanced Carbon Fiber suits if there is such a thing, but for now, these are the real heroes, the doctors, the lawyers, the preachers, the teachers. Right now, these are, "Heroes Among Us".

What you speak of is having a "heart" for other people. Even though you may not hold one of those special jobs, with or without a special uniform, you have that heart. You show it by showing up. By caring. By having a loving heart. By seeking first to understand and then be understood. I highly recommend "7 Habits of Highly Effective People" by Stephen Covey. I think you will understand it. I think you might possess the habits, or some of them. It is the person who knows how to love others as humans that are the heroes. Too many "what's in it for me types" in this world. You are not one of them, as I see it.

You can be a hero by showing concern for others, committing random acts of kindness, letting that car in the next line in front of you in traffic, or letting the person with just one item ahead of you in line at the checkout. Sometimes you can improve someone's day with just a smile and a cheerful hello.