The audit assessment was all day Friday. All. Day. Friday.

But we passed, and remain accredited, subject to provision of a few extra documents within the next month.

At 16:39 I shot out of work as if pursued by a large tarantula and raced across campus to meet my husband. Then the journey to the long-awaited weekend in Belgium began. We were fine until we reached the Kent border, at which point chaos took over. Because of the situation with the migrants and strikes in Calais, Operation Stack was in place. This involves closing parts of the M20 motorway and parking up HGVs/semis on it.

(Because, you see, this country doesn't think that the French unions are ever going to dare strike and inconvenience us British travelers. So we don't have large lorry parks dotted around the east of England for the use of all the drivers who pour into and out of this country on a daily basis. Nor do we have a decent freight rail network any more as that was cut decades ago.)

Anyway, after a lengthy diversion around rural Kent, we checked in with minutes to spare before boarding for our train was called. Le Shuttle, for those who don't know, is a car train to Calais, which allows a 35 minute crossing seated in your own car rather than having to hassle around parking it on a ferry, leaving it there and proceeding on foot several decks up, there to share your space with other people's badly behaved children for the next two hours. (No, I am not a fan of ferries.)

We made it across in one piece and then had to run the gauntlet of the wandering migrants to get out of Calais and onto the motorway. I just read that a large group of migrants broke into the EuroTunnnel overnight and caused delays. They are everywhere in Calais, trying to get to the UK because they think this place is the land of milk and honey. (Have I got news for them?!)

We successfully negotiated several large groups meandering in and along the roads on the way out of the town and headed without further incident towards the Belgian border. At about 2.30am we rolled into our hotel, where the manager had taped instructions to the foyer door on how to get hold of the key to our room.

Saturday we made our way to our friend's place and indulged in a large amount of multilingual banter with the group gathered there, much eating, some drinking and a lot of fun. And for me, a small mountain of writing, as I had several articles to get through this weekend. It also involved a barbecue , a heap of Belgian icecream and a stream from one of the digital arts parties in Norway. (Where beer costs about £8 a pint...hence why none of us go to that party!)

It was incredibly hot , about 35*C/95*F, so we all sought as much shade as we could and kept drinking non-alcoholic fruit punch until the early evening when the party stream started, running until the early hours of the morning.

After a few more hours' sleep, we checked out of the hotel and headed back to our friend's for the final goodbyes. Mid-afternoon we headed back to Calais, there to stay in a hotel overnight before indulging in some shopping at Cite Europe, where the food and wine is cheaper than here in the UK. This time, we were early arriving at the port, and were able to get a much earlier shuttle than we were originally booked on.

The return journey was much less hassle than the outward one, and we were back here in a couple of hours, allowing time to enjoy some of the wine we had brought back with us before falling into bed again.

Both Mr C and I have today off, so we're heading into town later to Deal With Life. He wants a discussion with his bank about his bank card, I need to go and see my bank and my phone provider plus drop my mother's birthday present and some eBay sales off at the Post Office.

I have the rest of the week to myself as well, so I am planning an assault on the eBay listing, a major tidy up and lots of housework. There will be amwriting as well. There is always amwriting .

Busy, busy, busy! It's a wonder you had any energy left to party abroad after all that work!

Okay, first of all the title made me laugh, and I KNEW it was you before even looking. Secondly, are you literally ALWAYS getting audited at your job? It seems like I have been reading about you scrambling about before an audit for months, now. Surely they can't all be the same audit? Thirdly, the line about the tarantula made me laugh yet again. And lastly, you are TOO cool with your EuroExperiences, Belgian ice cream and streaming parties from Norway. I'm glad you enjoyed it, because I know you work hard and definitely deserve it!

Busy but a great time it seems. Glad you made it on time for your ride on the car train

Sounds like you were super busy! But having lots of fun!

My head is spinning just thinking about getting all that done in a weekend.

It's how I live life. I'll slow down when my body gives out. Until then I'm on the go all the time. There is no such thing as a quiet day here - even the housework is enough to keep me busy on a day like today when I have the house to myself and no plans to leave it all day. The lounge is going to be tidied up when I'm done catching up here as I currently have suitcases, bottles of wine and assorted paperwork all over it, not to mention items for an eBay listing or several waiting to be finished up.

It seems like we are constantly being audited, yes. Last year we submitted the assessment three months late because I wasn't in post until February and the audit was originally scheduled for April, as it was this year. Once we submtted in June we had a month to get the first lot of additional information in and three months for the second batch. July was the first batch, then September. In October the assessors visited and that set off another three month review, so we had more information to provide in November and then again by the end of the year. They told us at that point our next assessment would drop back to April. So I've been flat out on that since getting back from America in late January. We submitted at the end of April, at which point the assessment was immediately closed and feedback comments issued during May for implementation for the visit last week. This time we know we have passed already, but we still have extra information to provide within the month and three month deadlines. With luck we should be done by October although I know my Director is rather keen to have all the information back within the next month so we all get some breathing space to catch up!

Yes, that was squeaky bum ime, that. We honestly didn't think it would take us too long to get to the port from here but we've never driven down when Stack has been in before so we had no idea what to expect. Kent grinds to a halt when that happens; no wonder the local villagers are complaining!

Yes, it was very necessary fun too, as I've been working 10-12 hour days lately on this audit, plus weekends. I was shattered at the end of it, so going onto 'party time zone' was not hard as I was already totally out of regular hours of sleep, eating and working. Fortunately I was able to nap a bit on the journey down, as well as writing, which was handy.

Not as bad as the trip to Saarbruecken that we make at Easter for the Revision digital arts conference/party. That's 7 hours just from Calais. This was only 2 hours 10 minutes on the Continent, more or less due east towards Antwerp. Normally it takes around 3 hours but at that time of night we were able to hit the road running and keep going.

I have to remind myself that in the Eurozone crossing national boundaries isn't much different than us here in the US crossing state lines.

Only thanks to the Schengen agreement on the continent. Here in the UK it is tortuous. Mind you, going from Spain to Gibraltar and back again involves two sets of customs staff. 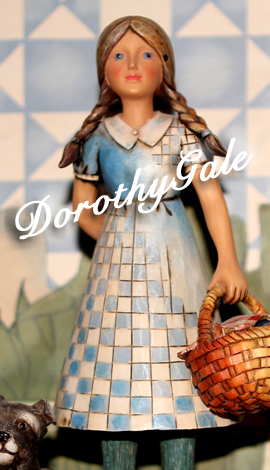 Wow, didn't sound like much of a vacation ... more like a frenzied rush! You might need a vacation from your vacation! :) By the way, you left me very interested in your ebay experiences, so I'll have to see if you've written about them before.

Busy is the word that comes to mind after reading this post!

At least, you are getting things done and living your life to the fullest!

It was lovely though. Busy it might have been but it was SO necessary. Just to get away from the housework and clutter in this house for a while was a break in itself.

And yes, I write a lot about my eBay experiences. The average house has £4,000 of clutter. This is not the average house. We have more than that, categorically. Just a case of listing it, one piece at a time.

Always busy hereabouts. Spent the entire week alternatiely amwriting frenetically for a regular client and running into town to sort out messed up appointments. Ebay happened occasionally, as has washing up, laundry and short bursts of housework.