Poniatowski, Wisconsin, and Its Claim to Fame 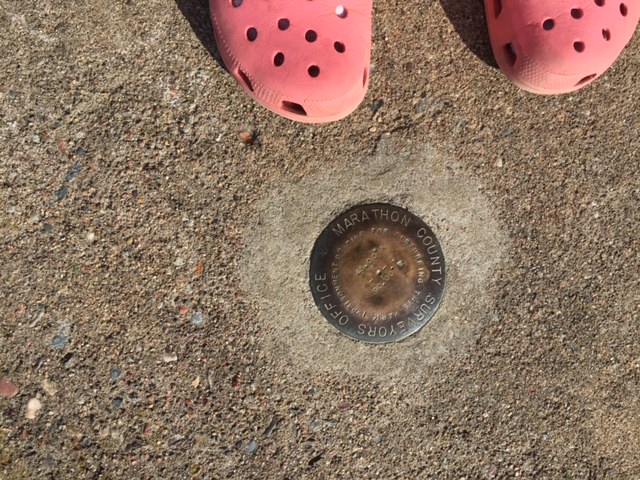 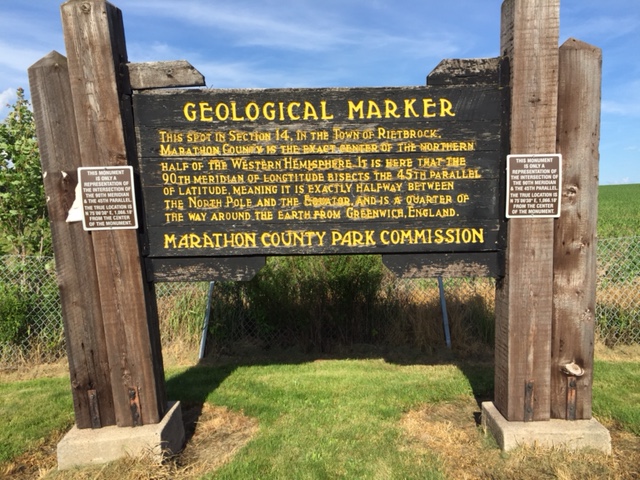 It was a quirky little side trip I begged my husband to make, about like the time we circled the small Minnesota town of Frazee searching for the World’s Largest Turkey statue. I’m weird like that and after 35 years of marriage, he’s come to accept his role in indulging my curiosity.


I had to find the unincorporated village of Poniatowski, Wisconsin. Why?


Because that’s where the geographical marker is, noting the spot which is halfway between the North Pole and the equator and one-fourth of the distance heading west from the Prime Meridian. That’s 45 degrees north, 90 degrees west, for those who do geocaching and other such things. Something like that which is notable enough to be touted on RoadsideAmerica.com as an attraction worth seeing should be seen.


The problem was finding 5651 on the appropriately named Meridian Road. There was a sign pointing in the correct direction but my cell phone GPS navigator kept telling us to go in the opposite direction.


We passed the farmyard with the large number of Mennonite or maybe Amish youth three times during our search. Thankfully they were having too much fun playing volleyball and other games to take notice of our confusion. How those girls could play volleyball in ankle length dresses was beyond me. With a temperature in the 80s, I wondered how they could do any physical activities with their modest long sleeves, long skirts and hair-covering caps. The young men wore blue shirts and long pants. Not a pair of shorts to be seen anywhere.


But back to our quest.


Paying careful attention to the fire numbers in front of properties was the only way we knew we were finally going in the right direction. The site is not marked with big bold signage so my husband went past it several feet before realizing he had.


There is a small gravel parking area that can fit maybe three to six cars. A chain link fence encloses the marker, sign and parking spot and separates it from surrounding farm fields.


I left the car and took the photo of my feet near the marker placed by the Marathon County Surveyor’s Office. According to the smaller signs, the marker is misplaced but it was close enough to the actual 45N 90W spot for me. I would be trespassing in someone’s corn field if I wanted to stand on the actual spot.


My husband remained in the car. Probably trying to figure out how to get back to our hotel room from the middle of what seemed to be nowhere. I missed my opportunity to go into Wausau to sign the visitor book and receive my commemorative coin. It was too late in the evening. Maybe next time.


The 45N 90W marker can be found in Marathon County about 22 miles west of the city of Wausau.

When Sick, Wipe Down

Fascinating. I've known people who do the same thing as a hobby.

This sounds like the type of place that I'd go out of my way just to visit it. Too bad I'm miles away from Wisconsin!