Can a father ever truly accept his daughter's foolishness? 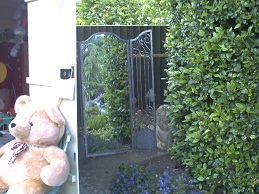 As some of you know, I read a lot of short stories. Recently, I was asked to read one about a teenager who was dating an old, divorced-with-children, man. The crux of the story was the youngster kept her relationship with this man secret because she was worried about how her father would take the news she was dating him. Much of the story included detail about how much the father loved the child. The fact the teen was worried about his reaction meant it shows she had an inkling it was not okay to date a paedophile.

One of the points I raised after reading this story was that I didn't know of any markets where the story could be published because of it's link to paedophilia.

This story is not yet publishable as it needs a thorough edit and if it ever reaches standard I'd be interested to know how it all pans out. Especially with so much content about the father's love for his daughter. Can he ever really show his true feelings about his silly and naive daughter taking up with a paedophile? Or will he just ignore what she's done, put on a brave face and smile to avoid losing her from his life completely?

Summertime and the living is easy

We never can tell. It depends on the situation maybe.

It sounds like rather a problematic premise for a story, especially a short story. I doubt you could give such a complex theme adequate treatment in the short story genre - at least not with the whole father-daughter dynamic added to the mix.

This hits pretty lose to home for me, since our 17 year-old daughter did run away with a 37-year-old man whose existence she kept us unaware of. But that's a long story I've told elsewhere. We weren't happy about it.

I think this is a situation best suited for a novel-what with the loving father's story on the side.But of course it could be turned into a fine short story by a good writer.