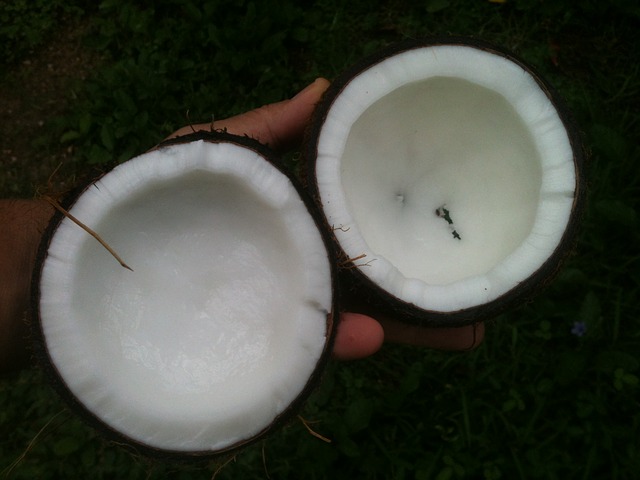 There has been a lot of buzz about a new health trend that everyone, including celebrities and popular talk shows, is talking about. This trend is called oil pulling which has been used for thousands of years. Before new methods of dental hygiene and trendy products, oil pulling helped prevent tooth decay in ancient times and is making a comeback.

In our recent times, our diets have been labeled with refined sugars and flours, causing rampant tooth decay. Up until recently, the only option was to have decayed teeth pulled. This was not as big of an issue for our ancestors who had much healthier and simplistic foods than we have today. Our ancestors combatted tooth decay by the use of the natural Ayurvedic treatment of oil pulling which successfully removes mouth toxins.

The roots of old oil pulling are hard to trace, however oil pulling has been reintroduced to our modern era by the Ukranian physician, Doctor F. Karach, in 1992.

Dr. Karach practiced oil pulling with great success. According to him, it cured his painful arthritis which caused him to be bedridden. He also claims that his blood disorder of fifteen years was cured by the ayurvedic treatment. Dr. Karach felt so strongly about the oil gargling method that he said it could cure illnesses ranging from hormonal disorders, digestive problems, and even heart disease.

So far there has not been many studies about the effects of oil pulling. Many oil pulling patrons prefer the use of organic coconut oil despite the fact that sesame and sunflower oils appear to be the most useful.

My daughter swears by this and uses coconut oil. I have had two attempts and given up as the oil made me want to throw up. I think it would be a good idea otherwise.

I had never heard of it. I will need to look into it but too late for my teeth already

I think I would not enjoy the oil in my mouth. I think it would make me throw up also.

you are right the very first time it almost feels like vomiting but try it out with little quantity and for, less time in the starting...

yes coconut oil is most appropriate but some people who dont like its smell also use olive oil...

It's worth trying... :) Just try once or read more about it before trying it out!

I wonder how sunflower oil tastes like. Perhaps it is better tasting than olive oil.