Ways (not) to spend a Sunday morning 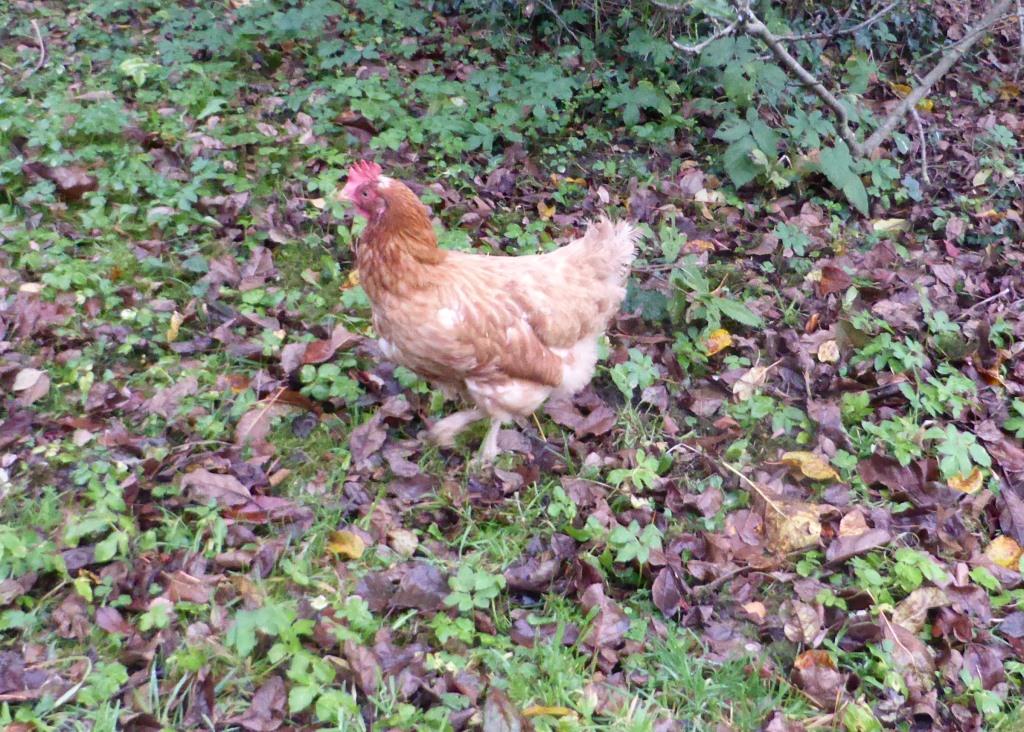 Last week I had a poorly chicken. I had noticed that she seemed to have a touch of diarrhoea for a couple of days but otherwise she seemed fine, but suddenly by Friday it was worse and she had a very dirty bottom. On Saturday I put her in a little pen of her own away from the others for a bit of a rest and we went out for the day, but when we got back in the evening I found something really horrible (don’t read this bit if you are squeamish)…

I don’t know whether the dirt had attracted flies, or whether the accumulation of uric acid had damaged her skin causing a sore which had attracted flies, but either way the flies had laid eggs and in no time (it only takes a day or less) they had hatched into maggots. I didn’t know what to do and I was pushed for time as I had to get the girls to bed, so I bathed her with warm water and antiseptic and put her to bed in a box in the shed.

Later I had a bit of time to look for advice so in the morning I was ready with a plan. While my partner entertained the girls (they wanted to know how Daisy was, but I didn’t think they needed to see that) I prepared to treat her. When I opened the shed door the smell of decomposition was quite horrible and the newspaper in the bottom of the box was soaked in a bloody discharge which was dripping from her. When I picked her up I found she had a large open sore crawling with dozens of maggots, I had never seen anything like it; I wasn’t sure she could survive. I prepared a bucket of warm salty water and stood her in it. I don’t know whether she found the bath soothing, or whether she was past caring, but she stood quite quietly while I bathed the sore area and started on the long process of picking out the maggots. It was a horrible thought but a girl’s got to do what a girl’s got to do… Some way into this procedure I almost started laughing to myself as I thought that there must be about a hundred ways I would rather spend a Sunday morning than picking maggots out of a chicken’s bottom. After a while my partner came out to see how I was getting on and when I told him this he accused me of a distinct lack of imagination. ‘Only a hundred ways?’ he asked. ‘I can think of at least a thousand’.

It took four buckets of salty water followed by a long session with the hair drier (now I know why chickens dislike rain; their feathers really soak up water!) before she was clean, dry and maggot-free. I gave her a good spray with some hypochlorous wound spray and left her in a clean comfortable box in a quiet place while we went out. She was standing quietly not taking much interest in anything and I was afraid I would find the worst when I came back in the evening.

Well to cut a long story a bit shorter, it’s now a week later and although Daisy still has a bare patch she has made a great recovery and is now out with her friends scratching about under the berry bushes as usual. It was a gruesome experience for me, but I’d do it all over again if I could make a sick animal well again. And I told my partner; ‘At least you know that if you ever need any leeches picking off you in the jungle or anything like that, I’m your woman!’

The promise of good things to come

Waiting for a dog to go to the toilet!

You are one resourceful, strong woman. I just don't know what I would do!

Thanks! Sometimes you just have to get on with things!

The thing is that animals are so helpless, that you have to do it, because they depend on you. Lucky Daisy that she had you there to care about her welfare and to put the effort in to save her.

Thanks! Yes you're right, you just have to do something don't you?

That is quite a story. I have never heard of that happening before. I am glad you had the fortitude to look after her the way you did.