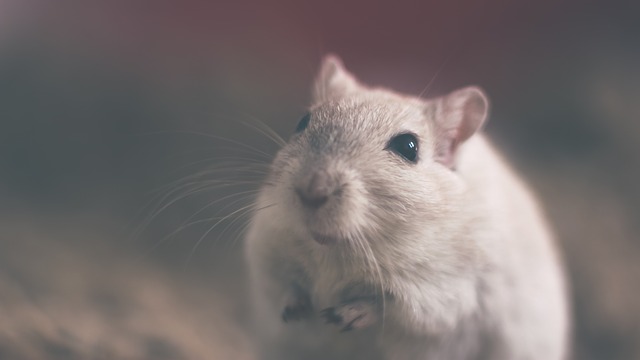 Randy is a student at Ayelsbury State College where he’s studying enough to get by. He has a crush on his lab partner, Claudia, but she has nothing but contempt for him and his lewd remarks. The white rats they study together are objects of disgust for both of them.

Why white rats? Randy wonders. Almost as if they were wearing little lab coats of their own.

One day as he goes to reach for one more rat to study, he notices it’s grabbing the bars of the cage with perfectly formed human hands. A mutant! He wonders what he can do with it and how much he’ll have to cut the college in on his “discovery.” Slipping the unusually pliant animal into his pocket, he runs back to his dorm room.

His roomie, Walt, a medieval lit major, sees the animal not as a wonder of science, or a mutant, but as something older and darker: witch’s familiar, a spirit in animal form that grants wishes for which it exacts a price.

This is morality tale dressed up with some sex and a few naughty words. The ending is not a surprise. The author throws in a few inside jokes. When Randy goes to research witch’s familiar, he asks the school librarian for help. She knows precisely what he’s talking about because, “she had studied library science at nearby Miskatonic [University].” * (p. 170)

Author Robert M. Price is a former Baptist minister and not a member of the Jesus Seminar , a group that studies the “historicity” of Jesus. His nonfiction works include The Incredible Shrinking Son of Man and Deconstructing Jesus . He is also an H. P. Lovecraft scholar.

*In case the reader has not immersed him/herself in H.P. Lovecraft, Miskatonic University was the (fictional) Ivy League equivalent in Lovecraft’s universe. (viz. The Dunwich Horror ). It specialized in, among other things, occult books.

Now there's an unusual combination -- Baptist minister and Lovecraft scholar. Don't see many of those around!

He gave up the Baptist gig a while back. I understand he's still a "theologian" but, from what I could read, something of an agnostic one. I think a little Lovecraft is needed.

Well,I have not read this story.I think I will read it one of these days. About the author,as Telynor said, an unusual combination.

Yes, a rather odd one. He seems an intense person and wouldn't necessarily make a comfortable dinner guest.