Food Hoarding and Sharing Might Be a Family Thing 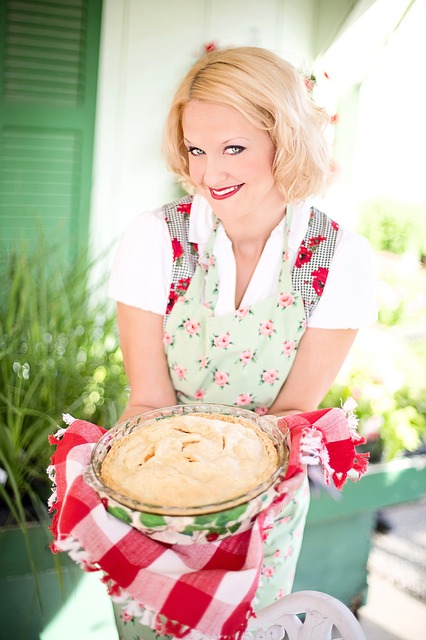 Three days ago, when I wrote I Have a Need to Share Food with Others, I shared that I was committed to helping a young woman out with food. A few days earlier, I had admitted to have quite the food hoard in my freezer and pantry again.

I come by this naturally, I think. Both of my parents were born in the 1930s, and grew up during World War II. The stories I heard were that my father grew up rather poor. My mother was the youngest of 10 living children, and was orphaned by her mother at the age of 4. Her father was a hard-working butcher, and she was passed around often to her older siblings, many of who were raising their own children.

By the time my parents were married in 1954, the country, world and economies were beginning to change, and the 1960s were better financially. When they had money, there was a tendency to buy more than enough.

I never remember a time growing up where we did not have enough food to eat. The cabinets and freezer were always full and I remember times when I would arrange and rearrange the cabinet where we would keep the canned and dry goods.

We had a large family. I am the eldest child of five. It stands to reason we kept more food in the house, but how many cans of tomato sauce does one need? I remember dozens. Though not in those quantities, I have more than enough to feed one person. I suppose if I were to look at it relatively-speaking, the food I have would last for the same amount of time that what my family's hoard would have lasted us with seven family numbers.

So, I have shared with another person--a struggling, single, female veteran who is attending school and having trouble finding an employer who is willing to work around her work schedule. I brought her a grocery sack and a small box of things for her, after finding out if she would eat the same "weird" things I eat. I split some packages to share, as well. She was appreciative, and we had begun a friendship that has come to the point where she felt comfortable accepting my help.

Just to put it in perspective, how much I have to share, here is a list of what I gave to her. You will see that I can easily help out.

This reminds me of my mother, who would cook and freeze meals and breads and put together boxes to take to people to share casseroles, baked goods, and so much more.

I guess the apple does not fall far from the tree.

I would simply have baskets out there, gathering up all the other apples so they do not go to waste.

On a Mission This Weekend, Care to Join Me?

I too tend to over save with food when I can. Especially when the garden starts coming on. It is wonderful that you can help her out

My parents lived through both wars and so yes, our family definitely understood how to put food on the plate no matter what. I like what you're doing. I help a young man we're acquainted with in a similar time when he struggles to fend for himself.

My parents and my husband's were brought up in the depression era too, it affected the UK as well. I don't think my parents hoarded food, because canned stuff wasn't much available. I think they had the "waste not want not" mentality which I have too and both my husband and I will turn off lights and anything that is not being used. We also do not throw out much food, leftovers are used up.

How lucky that woman is to have found you for a friend. Take care.

Thank you, PriscillaKing . Rereading it has made me smile. I like figuring out why I do some of the things I do.

wolfgirl569 I was amazed at what I could spare, and could do it again for a couple of others, if needed. Thank you.

Thanks, valmnz , for stopping in and reading and commenting. I know that you don't usually read the long articles, and I do tend to be rather verbose. I appreciate you so much. I really do wish we were closer in miles. I feel as if we could be sisters.

When I look at all the things people have done for me over the years, it only makes sense to give back. I have very little to give, but food...I can do that! LOL Coral's Food Bank, I guess. LOL

MegL It definitely affected the world. The hoarding was when I was a kid in the 60s and early 70s. I also remember going home while in the military (I joined in 1973). My mother was then a single parent with very limited income, raising my four siblings. Life was tough. She would buy what she could, as much as she could, and spend hours cooking. Then, she would prepackage things like bean and cheese burritos (made from scratch) into individual portions, freeze them, so they could be taken out and popped in the oven to finish. They were cheaper to make than the ready-made ones, and it meant the kids had something relatively healthy to eat for pennies on the dollar. She then had to work, and did not have "professional" type jobs. I regret that I did not help her out often as I could, as I was a struggling single parent in the military myself. If I could do things differently, I would have.

paigea I think I am lucky. She is a young 20-something who values me and has given me a sense of a niece (or like one) who cares about me to stay in touch and want to get to know me, and ask for my advice, share her life, and allow me to help. I know many who would have looked at what I have in the cupboards and "yuck" their way and not eat what I do. Even when I went through it with her before turning it over, I told her, "If there is anything here you won't eat, I will not be offended." She said that she would gladly enjoy it all. That was a gift she gave me.

We all of us do the best we can at the time, with what we have. Maybe others feel we could have done more, but there is no point regretting the past, we cannot change it, only use the knowledge we have gained to do what we can now,

I think hoarding food is a national passion. In the end, we have to throw away rotten apples and vegetables.

Because apples are hardy, even if they start to wither, I will peel them and cook them into applesauce and freeze it in small portions and add to breads, cakes, my oatmeal for breakfast, and other things. I also try to chop vegetables and make soup stock with it, etc.

I don't know where I got my hoarding instincts. My mom never had them. It might have started when I became a coupon/refunding queen in the 1980's and got so much stuff for free or almost nothing. Then my husband wanted us to stock up on certain staples like coffee, sugar, wheat, and freeze-dried foods when he thought war might break out in the Middle East back then. He doesn't seem so concerned about having emergency food on hand now. Go figure.

I think it could come from many places. Just our upbringing and the media could trigger it.