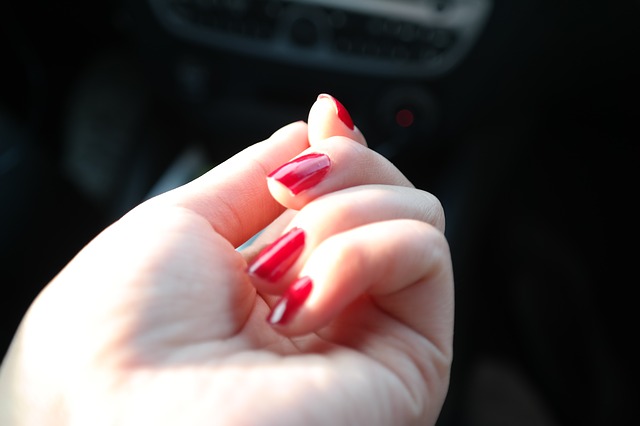 She tapped on the counter with a nail – colourless – unprepared to show the outside world. She put her fingers up to her mouth in an almost petulant movement. She swung around and creased her forehead in a thinking mode. The baby end of the 40s had been kind to her and her light olive skin had always been a bonus. Her creased frown didn’t last for long. She picked up her make-up bag and reached for her lipstick. The favoured one. Her hair – brunette and with hair - curly and with a lot of bounce called for the sheer colour of red on her rounded lips. The lip cosmetic did not fail her now. She walked over to her bathroom mirror and peered guardedly at the image in the mirror. Red always lifted her mood and she had other paler with almond colour lipsticks to call upon but they made her feel almost colourless and without favour. She was used to being noticed - and red got that attention. She rummaged through her cabinet drawer for clear nail polish to accent her perfectly shaped nails. No good taking attention away from her face or her dramatic clothing. That was her mainstay. With practised ease she finished her nails with a flourish. With her silk emerald green blouse and black pencil skirt finished off with black heels she was ready to face what was about to be a confrontation. She was set to be victor and her stance and projection showed that.

A nice piece of descriptive writing. Is it complete in itself or will you be adding to it?

That is a very nice creative piece of writing. I do so hope you come back here to write more and interact with the vast array of articles.