The Unmasking of Rachel Dolezal: An Unintended Benefit 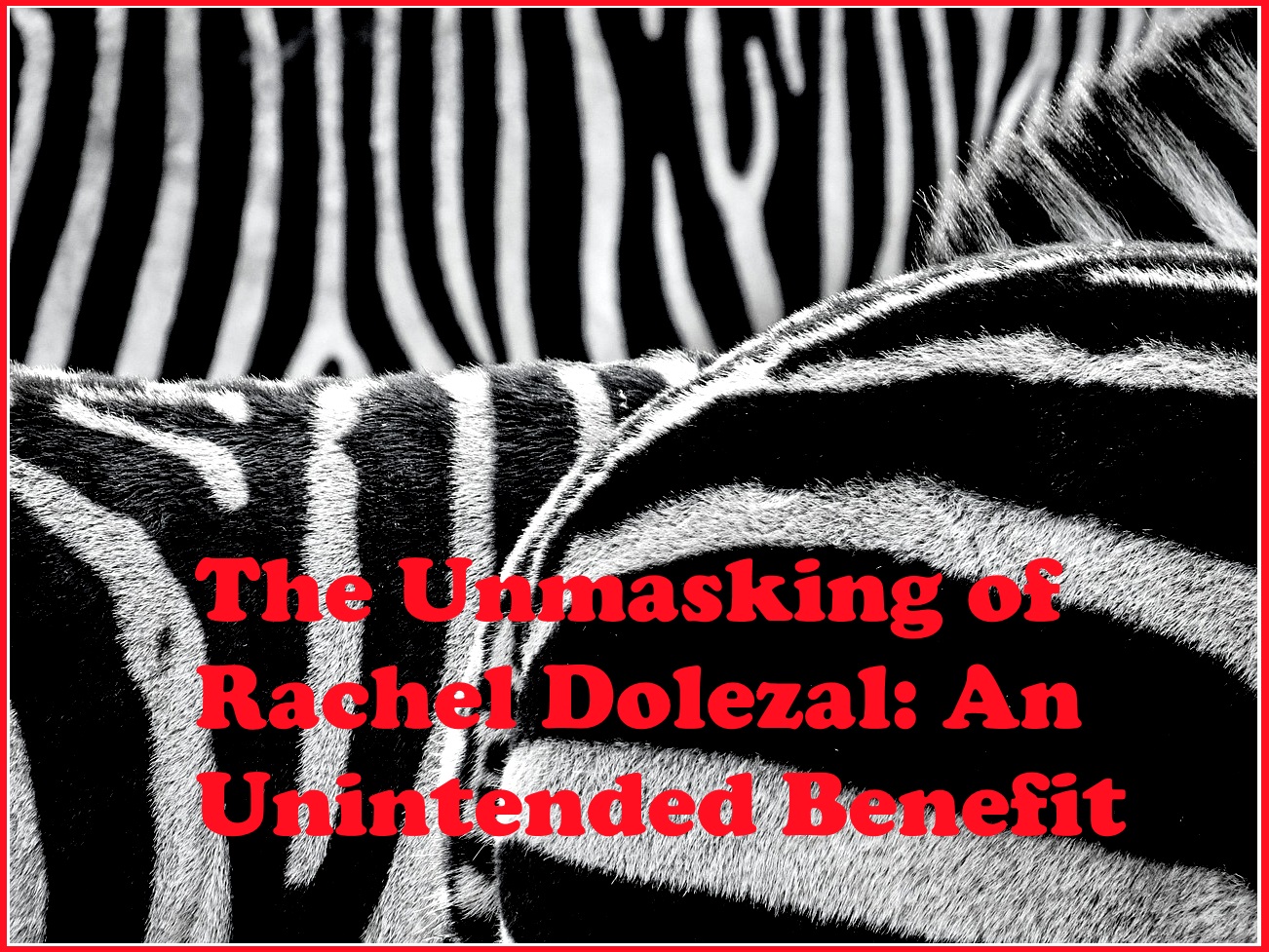 Rachel Dolezal has been unmasked. She lied about having been born in a tent, about having had a black biological father, about her black adopted brother being her son, and more. She fooled a lot of people for a long time, and for some reason those who knew did not share her real story, until either someone leaked it to a reporter or enough people were suspicious enough for someone to go look for her biological parents. Her story is interesting on two levels - first, the psychological motivations for, not only her claim to be black, but her reasons for creating a web of lies about it; and second, the public debate and discussions arising about what it is to be a certain race or mixed race and why we should care. Only good can come of the discussions of race and, in the end, Dolezal may turn out to have done more for promoting positive racial relations than she ever could have imagined.

Pardon Me For Wanting to Live

To my mind, she wanted attention, she was an opportunist. She saw a niche, and filled it. I saw an interview with her yesterday; and when asked questions, you could see she was lyin.

It is curious when a wrongful act by someone actually leads to some good being done. As you point out this issue has helped to highlight racial issues in the US!

PS: Your image credit is insufficient - it doesn't lead to the image page. This is the correct URL for the image http://pixabay.com/en/zebra-zebra-crossing-animals-470358/ by Gellinger

This could be one of the publicity stunt which is highly required in politics, but a wrong stunt which might (or is) backfire(ed)