Nature Is At Play This Fine Sunday Morning 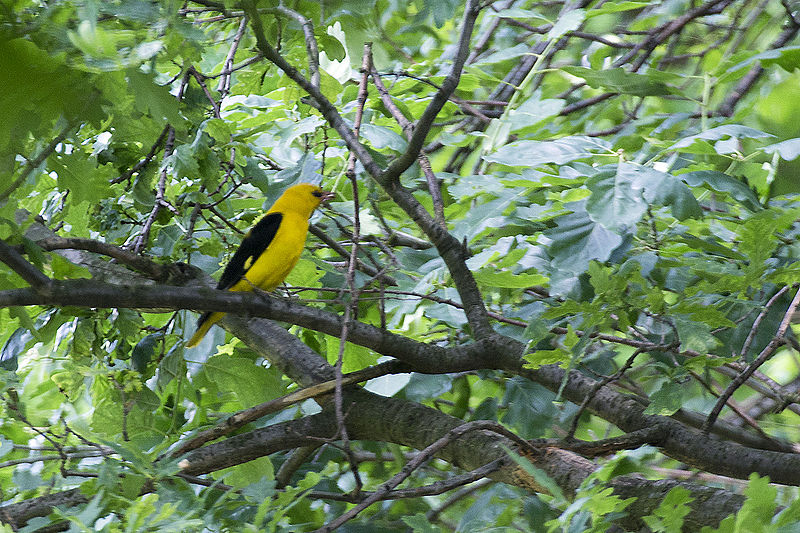 I just stepped outside with Camera at the ready to try and get some photo´s of the Golden orioles who I can hear calling very close by. Fat chance of that, they are so shy its rare to get more than a fleeting glimpse, and that held true just now. I did see at least 4 flying through the copse of tree´s by my neighbour´s house´s, it looks like the youngsters have now fledged and were having a game.

Foiled in my attempt I went towards the kitchen, gasping for my first coffee of the day. The kitchen is in an outbuilding as I live in a caravan year round so I can rent out my villa, which is my main source of income. Just as I got to the kitchen door a gorgeous spotted Lizard stopped in front of me for a few seconds, he was crossing a path from one lot of greenery to another. I have seen him a few times in the last couple of days, and he is very pretty. It wasn´t big spotty or little spot, both of which are common green Lizards, this one is a different species and I´ll have to look it up. Though it´s often hard to differentiate from one species to another.

Here´s a link to a YouTube video I just found of Golden Orioles in India. This is exactly what was going on here but without the background noise. All I could hear were the birds calling to each other as they played, and a wood pigeon cooing along too.

What a beautiful looking bird

Sounds like a lovely morning. Bit cool here and cloudy, though it is still dry but not exactly June weather at the minute. Hope it improves before the autumn!

I love the bright yellow of these birds. i have been lucky enough to photograph one too!

Very pretty bird. We have some very shy ones here also. Would love to see the lizard

I´ll try and get a picture of the Lizard for you.

They are, and the call is unique too.

Treat yourself to a Canon Powershot A800 camera, they aren´t expensive and have a lot of great features usually found in more pricey cameras. Mine has never let me down yet.

I have never seen a Golden Oriole just sitting in a tree, the only time I see them is when they are darting around, and then it's so quick if you blinked you would miss it.

It felt like Autumn here last week, very odd. Still getting cool nights and early mornings, but I´m ok with that. Hope you get some summer soon.

beautiful video and photo.Hope the next time you will be successful in taking a photo.By the way,did you find out what the new Lizard is?

I´m still trying to find out what type the Lizard is, but as yet he doesn´t fit the bill of anything I have seen when I have searched on the internet for Lizard types in Spain. Maybe he´s a rare species ?

These are beautiful birds and I am glad you shared a video with us.