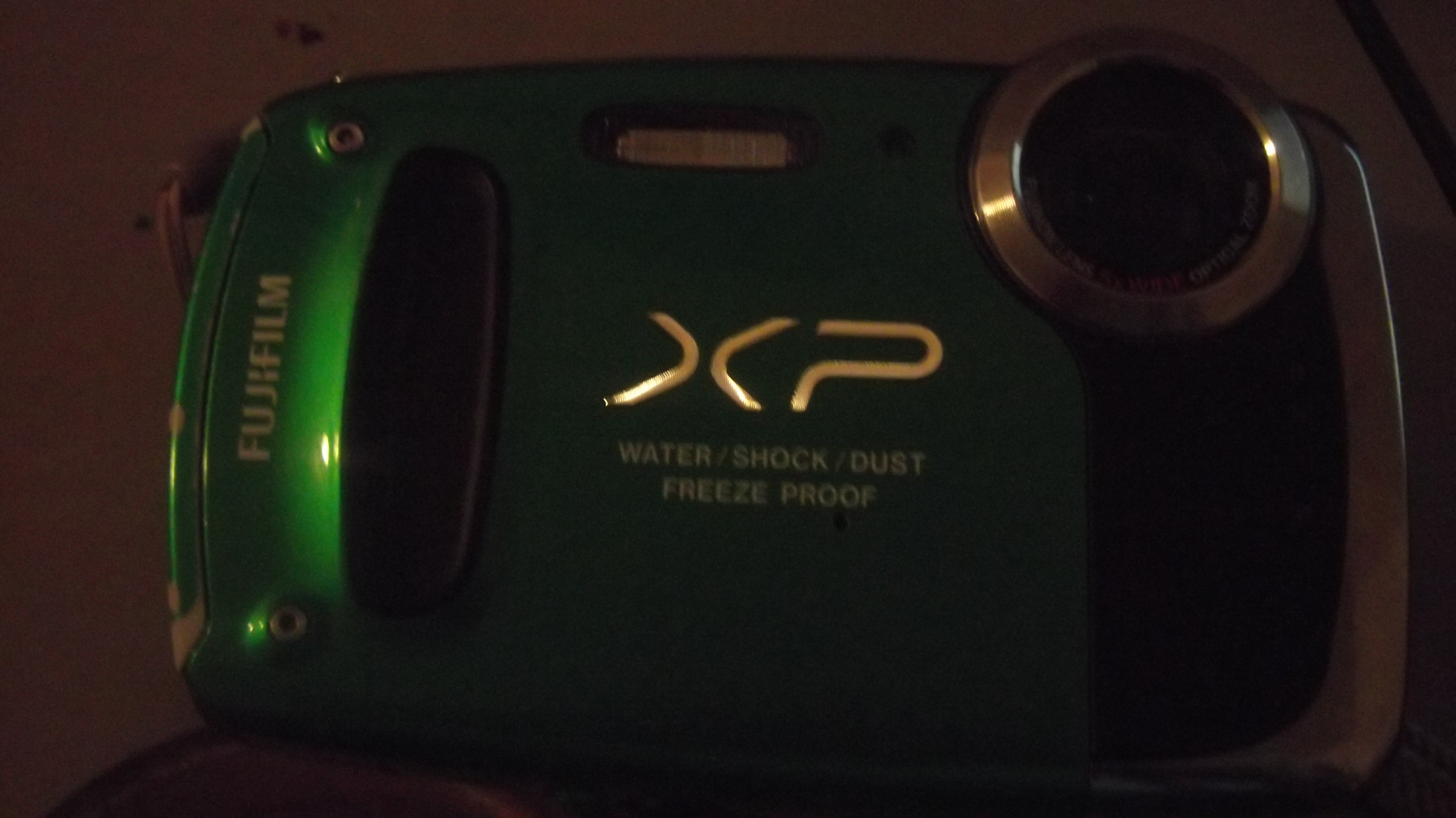 I have two cameras that are like the same, but different colors. One is light green, and the other one is red. The red one is a few years old. My green one is maybe a year old, 2 years or months old. I've had the green one two Christmases ago I believe. Well I wanted to show you guys a photo of the camera I use. It's called fujifilm. I'm not the type of person with those Canon megapixel digital cameras or or oldies cameras. Although, I do have a Pentax camera. That camera isn't''digital''though, it's film which isn't my thing. That came from my dad even though I never use it lol. It's ok, I have other cameras. So which camera is it that I use? The green fujifilm. In the photo you see is the camera I use for YouTube videos, and taking any kind of photos whether it's family, friends, nature, randomness, memories, anything pretty much. I've gone to the point with the green camera where I use it often enough I hit two bars left on it's battery life, and then finally it hits one, and then dead. Most of the time I charge it fully though. In fact as I am typing it is charging at the moment.

Updated Goals In My Life

I have a Nikon that is about ten years old that I love to use. I now use the camera on my tablet.

It's handy to have two cameras--you can use one to take a picture of the other one! Well played.

I have a Canon SX500 IS digital. It wasn't expensive (just £140) and is an excellent all-purpose camera which I also use for YouTube videos and for 99% of the photos I have on my posts. Camera technology these days is good enough for all sorts of everyday use. Great fun, isn't it?

i don't use any digital camera for my photos. I use my cellphone that comes with 5 megapixel