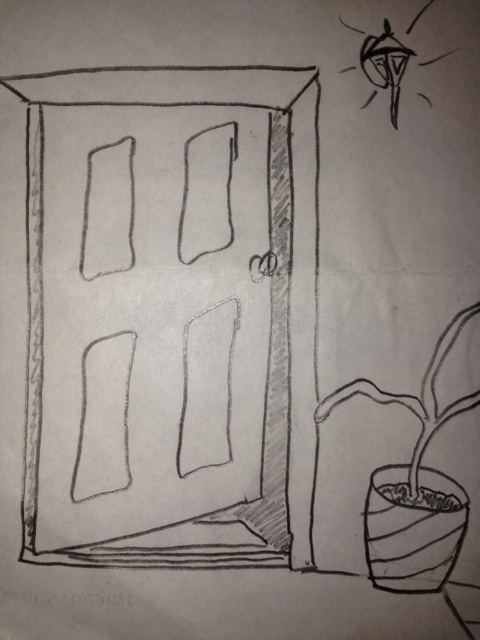 Our downstairs neighbor, who's been blasting his obnoxious sound system for most of the few months he's lived below us isn't there any more. We'd pretty much accepted the noise, and my wife even claimed to be able to tune it out. It was most annoying during my early morning reading and writing hours, but my earplugs took care of that.

Recently, we'd noticed that, over the course of two or three days, the volume hadn't changed, his mail was piling up, his outside front light was on day and night and his inside door was opened the same amount. I'd gone to the management office to suggest a wellness check, and that same morning my wife knocked on his door repeatedly, getting no response.

When my wife returned later that morning from errands she called me, frantic, wanting to know what was going on with the swarm of emergency vehicles parked in front of our building.

The officers responding to our request for a wellness check on our neighbor did, in fact, find him dead in his apartment. He'd apparently been dead for a couple of days, of what appeared to be natural causes. My wife feels horrible for not trying to check on him sooner. I feel badly for thoughts I've had about him ever since he'd began blasting his music without regard for his neighbors.

Until his family vacates his apartment we have to pass his front door every day, look at the odd growth of a plant protruding from the planter next to his front door, see the filthy towel-lined basket he set outside his front entrance for the neighborhood feral cat. Life is short, isn't it?

Such an aggravating character it would seem, and yet he nurtured a plant and provided a respite for a homeless cat - so not an entirely horrible person, then. Kindness and worth are sometimes found in the oddest of places, don't you think?

Indeed. Only adds to how badly I feel...

Yes, life is short. We all can do only the best we can and some people make it difficult for people to get close to them. At least you called for a wellness check when you noticed and didn't ignore it. There was nothing more you could have done.

That is very sad. My heart goes out to his family. Yes, life is indeed short.

It's very unfortunate that your neighbor died and no one knew about it for a couple of days. If he hadn't a history of playing loud music, maybe when he started doing it, this was a sign that something was wrong with him.

So sorry to hear that he did die. I am sure the loud music was a real pain. Don't beat yourself up so much. I am sure he does not hold it against you. If it had not been for you and your wife it sounds as if a well check might not have happened.