What is your favorite childhood cartoon show?

I belong to the 1970s. Back then, my favorite cartoon show was The Flintstones.

I used to watch The Flintstones without fail because I was amazed that the stone age people could invent modern technology gadgets with the animals they could find.

A bus conductor used a baby alligator as a "ticket puncher"

A baby elephant as a "vacuum cleaner"

A mama elephant as the "shower"

Monkeys as the "auto powered windows "

A bird to crave out pictures as " instant camera"

Now, did our old ancestors ever used their brains to use animals for their convenience?

My favorite character was the babies; "Bam-Bam" and "Pebbles". I also loved "Dino" who really resembles a real life "dog", did everything that a pup would do.

"Bam-Bam" is a strong baby, protecting "Pebbles" from harm like a hero. He used his bat made from wood to hit bad people or things and says "Bam-Bam" which is the sound of whacking stuff.

"Pebbles" is a princess with darling eyelashes. I wish I had a pair of beautiful eyelashes too.

Fred Flintstones wasn't my daddy guy. He was a bully to me. I would rather pick Barney Rubble as my favorite daddy. Although he may be short but he is a good guy.

Wilma Flintstone is a perfect housewife and mom that resembles my mom. Betty Rubble seems like a blurry mom to me.

Over all, I had watched the Flintstones until I was a teen. Just couldn't get my eyes off for my favorite cartoon show.

So, what is you favorite cartoon show?

My cat invited a white stray cat to stay

So hard to truly pick a favorite since now most cartoons are now a sentimental part of my childhood memories and I can't bear to part with any of them. But The Flintstones would definitely be on my list and also Johnny Quest. Later on watching with my kids, it would be Dexter's Laboratory, Samurai Jack and Kim Possible. When it comes to cartoons I never grow up and they never get old. :)

I used to love cartoon shows, still enjoy them. I liked the Flintstones too, Tom and Jerry, Scooby Doo.

This was asked of me before and my only answer is POPEYE THE SAILOR MAN. That's the only cartoon that I remember vividly - i'm strong to the finish, cause I eat spinach, I'm Popeye the sailor man.

Scooby Doo, Superfriends, Space Ghost, among others. Up to now, I still watch cartoons. Tom and Jerry, Bugs Bunny, and Pink Panther never gets old in my book!

I can only remember Popeye. Our teachers always use Popeye to get us to like spinach.

lol! your teacher is smart. My let me watch popeye if i eat the spinach she cooked. That is how I began to love spinach

its ok, maybe if you watch with your grandkids, you will remember your favourite cartoon show

I have a lot of favorites; but The Peanuts Gang would have to be my 1 . I love Snoopy and Woodstock. :D

I have to many to list! lol But The Flintstones is definitely on my list of favorites! :)

I loved Bam-Bam and Dino

I don't think I have a real "favorite" I watched so many cartoons as a kid it's ridiculous!
Just basically sum up all the 90's nicktoon shows and there you have it :)

I love all the cartoons that I watched when I was young.

I belong to the 1960s, born in 1955, and I remember the first show, when I was barely 5. The Flintstones ran for 5 1/2 years with new seasons. We would watch it as a family. I know that it ran in syndication and was one of the top-rated cartoon families until Homer Simpson came on board. I also liked watching The Jetsons. Stone Age to the Space Age. Jetsons didn't last long though. Just a couple of years. 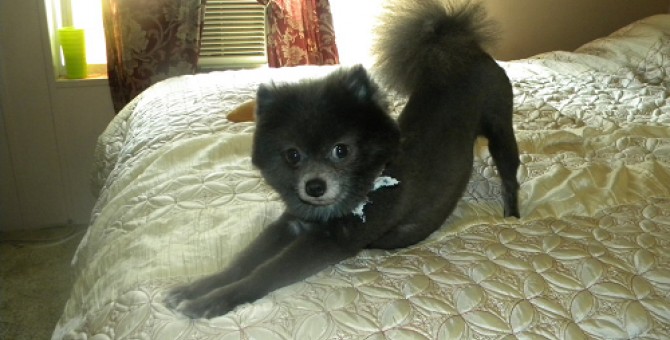 I watched a lot of cartoons as a kid but it was actually an anime that turned out to be my favorite, which was Digimon : ) still am a fan today