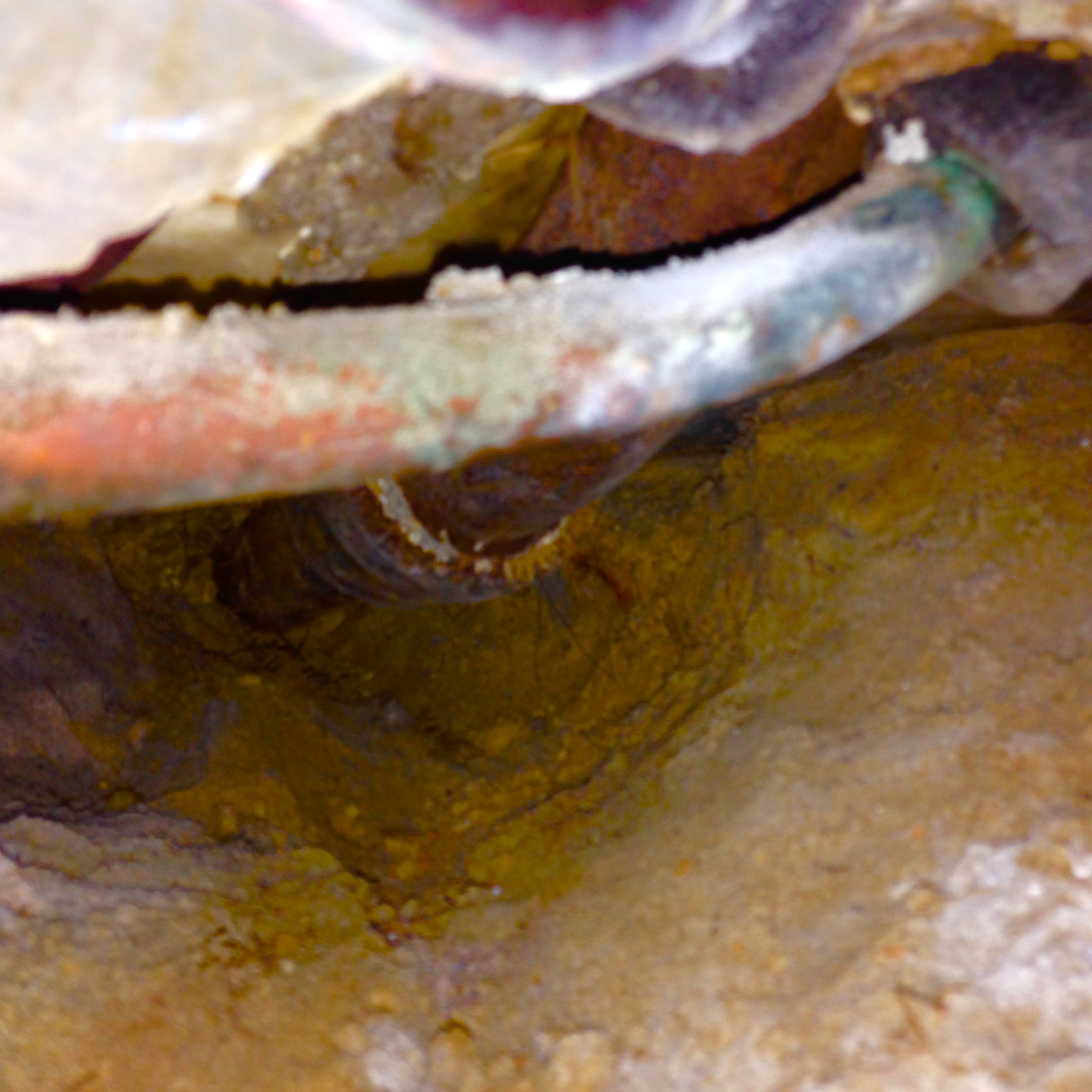 I work at an aging property where the guts, the nuts and bolts of the buildings have been showing their age more and more lately. One of our biggest issues is the antiquated plumbing that helps create endless job security.

Last week we had a clogged kitchen drain between two apartments- nothing out of the ordinary- and while attempting to clear the clog I ended up getting our large drain-cleaning machine, or snake caught on something about ten feet in. Of course, the pipe runs straight down through the concrete slab and then turns in who-knows-which direction (there does not exist any set of plans, blueprints or any such thing), and the cable is more than likely stuck poking through a hole rotted in the pipe somewhere below ground.

I tried everything I could think of to get the damn thing out and came up empty. I had no choice but to cut the cable and leave it in place trapped in the drain line for the weekend. I instructed both sides not to use their dishwashers or garbage disposals, and allowed only limited use of the sinks in general until we could come up with a plan. Well, yesterday we had a small crew here digging, probing and poking, and as of the end of the day nothing had been accomplished. Long story short, this will be an addition to the already-lengthy list of expensive projects that could've been avoided if this industry was more interested in preventive upkeep and longevity vs. curb appeal and rent increases.

Image Credit » My Own Collection- I realize it doesn't show much

I'd say those with decision-making capacities are having their comeuppance with this plumbing disaster and whatever else pops up due to the collective act of anti-prevention. Unfortunately, the tenants also have their quality of life negatively affected along the way, with certainly no compensatory rent reductions. As you say, it's job security, but I'm sure you'd rather be doing things the correct way rather than having to deal with the issues that arise.

I hope it gets found soon where the problem is. Sad that they did not do upkeep as needed like it should have been

Plumbing....argh! Don't even get me there. At one point last year both our home toilet and the one provided for staff (patients get three) in my department at work were both out of order. Now our home shower has been out since JANUARY and I've not succeeded in finding an available plumber yet.

This reminds me of our sink which has a leak again… for the nth time.

Yeah, it gets very frustrating for those of us responsible for the current daily upkeep, as well as the residents. We are also, however, having great problems with residents not heeding our many stern words about not flushing things that shouldn't be flushed, and this is another area that causes time consuming efforts and money.

It is sad indeed.

I feel your pain, WordChazer!

Oh, trust me, AbbyG- seems more and more lately I have days where I'd much prefer to leave this shit for someone else to deal with!

Ahh, yes, leaks, leaks and more leaks. Leaks and clogs are what keep us going on a day-to-day basis here. Could almost use someone full time just to deal with these two issues.