The Talent My Roommate Had That I Coveted 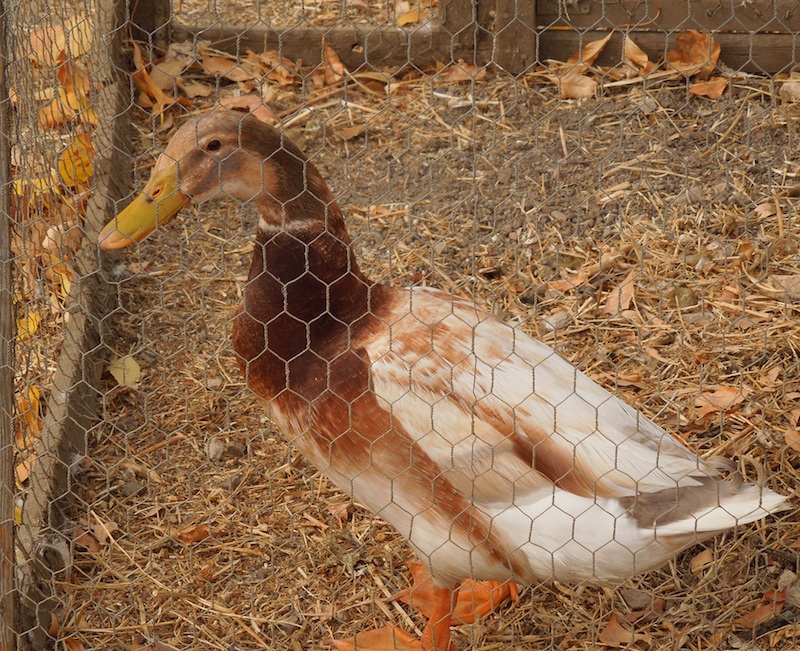 Among all the useful skills one could acquire in life, we sometimes set our hearts on being able to learn one of the most useless ones. I suppose learning to talk like a duck is one of these, but, nevertheless, it was a skill Joyce had that I coveted. Joyce did not often speak this language. She never spoke it in public. She performed in our dorm room at Dykstra Hall when she was tired of studying and there were a few of the gals around all ready to take a break. Then she would break out in duck talk.

Now talking like a duck isn’t easy for me. I just don’t have what it takes. But Joyce could slip into it as easily as she could the German she majored in. Most of the time she was a serious person. She had a sense of humor, but tended on most occasions to be somewhat reserved – unless she was letting her hair down with the girls.

How I looked forward to those occasions. I’ve heard a few school boys do Donald Duck imitations, but they were pale compared to what Joyce did. She didn’t imitate some other duck. Duck talk was just a second language. In it she recited German poetry (“Die bist du eine Blume….”) with great earnestness. Hamlet’s soliloquy was another of her favorites.

Believe me, even if you have heard these from the mouths of famous dramatists, you have not heard them the way Joyce did them. The facial expressions were all sincerity, with all the passion the poets intended. But voice was all duck. The contrast between face and voice had us laughing to the point of tears. I was always sorry Kosta never got to see this performance because I know he would have loved it.

Of course, since it was a second language, Joyce used it for more than reciting. She would break into duck talk in ordinary conversations with just me present when she was tired or frustrated. I guess I’m that way with cat talk, though I haven’t mastered purring yet, either. I guess that’s another useless skill I covet, but I don’t know anyone else who can do it either, outside the cat family.

Do you have a useless skill others have tried to learn? Is there one you always wanted to acquire and couldn’t?

Pictures and content are original and may not be used without permission, B. Radisavljevic, Copyright 2013, All Rights Reserved

Image Credit » I took the photo.

If your friend Joyce can talk like a duck, well then I can sing like a cow. Waheehee.

Your friend Joyce sounds interesting. I think it is your talent to draw a pen-portrait that makes her so interesting. :)

I am amazed that your roommate had such a gift for duck talk also called Donald Duck talk or buccal speech .If only let her dub "Donald Duck"

you are lucky to having a talking duck room mate, might irritate you sometimes, doesn't she?

I don't really have any particularly useless but extraordinary skills that I can think of. My daughter does though! I adopted her when she was about 2-3/4 months old. By 3-1/2 months old she had learned to completely curl her tongue into a circle on command! I think that is extradordinary albeit useless!!

Can you make a video of that for us?

She was interesting, and very shy. I wonder whatever happened to her. I haven't seen her for forty years.

It wasn't just the talk itself. It was the look on her face that made it so funny.

Her duck talk didn't irritate me at all. It was comic relief. What irritated me was when she smoked in our room. I had asked for a non-smoking roommate and she had put on her application that she didn't smoke when she actually did. She didn't want her parents to know she did.

I think goose might be easier. One can just hiss.

Perfect! That's as good as being able to wiggle one's ears.

Although both ear wiggling and tongue curling are impressive skills, I think my daughter should not give up her day job and should continue pursuing her education!

It was also a visual experience, watching Joyce's earnest face. The sounds alone would not have been so funny.

This is truly funny and I would have loved to hear her too. It's too bad if she's not yet put her talent into a you-tube video. If she doesn't want to be found out she could make sure she has some type of a costume on that no one would be the wise and maybe even cause those that know the truth to wonder who else that might be.

(followed your link of this from tsu).

I made a bad mistake. We got back in touch after 50 years last year, and I sent her the links to the posts I had written and featured her in. Don' t know if it was this one or another one, but she hasn't emailed me since then. I thought I'd better tell her so she didn't find out some other way. Now I'm sorry.