When Someone Gets In your Personal Space 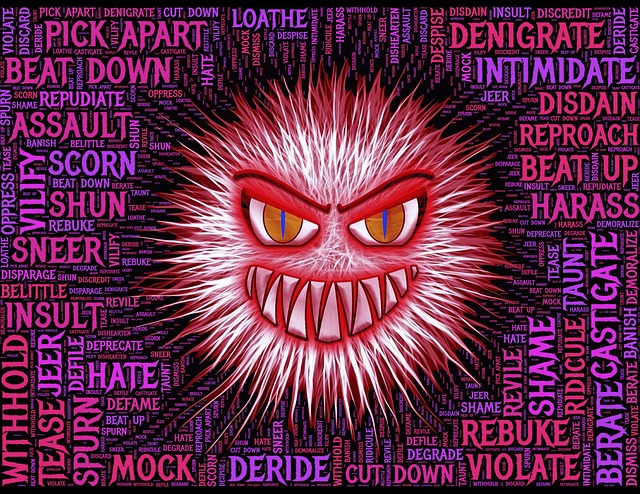 I hate it when someone gets in my personal space. I feel intimidated and can’t breathe. Last week I went to top up my husband’s monthly prescription and was confronted with such an incident. It left me shaken and very upset.

Unlike in the UK where you can pick up your prescription from your local pharmacy in about 10 minutes, in Botswana we have to queue up for ages at a state hospital or clinic. There are always very long queues, so I get up very early and get there before there are a lot of people. I’m usually one of the first five people there.

Some ranting lunatic came in to the hospital pharmacy, and promptly announced he was looking for a girlfriend. I tried to avoid eye contact, but his eyes locked with mine and I guess he liked what he saw. He sauntered over to me, got in my space and started caressing my back in a very creepy way. I was so freaked out, I just didn’t know what to do. He was wearing bright purple lipstick and had on more accessories than me. –and that’s really saying something!

I turned around and made the mistake of telling him to back off. That opened the floodgates to hell! He started giving me a proper dressing down, shouting the whole place down.

Who the hell do you think you are?! You ugly piece of s***, do you really think that I could ever be interested in something as repugnant as you? You pauper, you good for nothing poor person! No wonder you have to come and queue for free state medication. You’re broke, that’s why you’re here. I’m here for my educated, gorgeous girlfriend, a nurse; not a piece of useless s*** like you! What, have you never been in close proximity to a rich person like me?!

-and so it went on and on! As is usually the case, nobody jumped in to help, everyone pretended not to see or hear anything! Quite how I held it together, I don’t know. I decided to keep quiet, but kept on glaring at him.

I thought I was finally going to be rescued when I saw a burly, hulk of a female security guard coming our way. However, she breezed right through and kept walking when I tried to stop her!

I returned the next day and filed a formal complaint against the security. It turns out this guy is always terrorizing people at the hospital. He allegedly sniffs glue and takes all sorts of drugs. The head of security assured me they would escalate the matter, and said never to hesitate to come and see him if the guy ever approaches me again. He claimed that they were doing all they could to ensure he never set foot on the premises! That was beyond scary!

A Late Start To Saturday

That would certainly be terrifying. What a shame the hospital doesn't do something to prevent the incident from occurring, especially since it wasn't the first time. Can't they report him to the police? And how sad that nobody thought they could help you.

I have a lot more of a bad temper than you do because I know I would have hit him twice. Once between the legs with that followed by a solid one to the nose. Wouldnt care if I got thrown out

That sounds terrible. I was harrassed by a stranger some months ago, but your experience sounds worse. I think that you handled the situation well, I would have found it tempting to attack him verbally or physically, but that would only make the situation worse. I hope that he doesn't bother you in the future.

I would slap him. I hope some day he will meet up a woman who learns martial arts.

I thought it was really shoddy and appalling that the huge security lady just walked past!! She was double the little puny guy's size. Or maybe even triple lol? But even still, this guy was bigger than me and it could have very easily got ugly. If it ever happens again, I'll escalate it to the very highest authorities!

Wolfgirl, i'm every bit as feisty as the rest of them. I did a mental calculation and decided that the guy was the nastiest piece of work I didn't want to get tangled up with. But yea, I would've liked the pleasure of stringing him up by the "whatsits", for sure. I was just so upset, I'm still surprised I didn't break down.

I was really itching to attack him verbally, but I could see it in his eyes that he would have done something far worse than abuse me verbally! What a weirdo. Fingers crossed I don't see him again at the hospital, because I have to go on a monthly basis.

Thanks, Arthur! I certainly hope I never get to see him ever again, too! I was disappointed in everyone gawping and not saying anything to help. People don't seem to want to get caught up in drama these days, even if someone is clearly in a dangerous situation.

I have never been one to stop and think first, have had the bruises to prove it. But do have to say I still felt better anyways. And it is sad that nobody wants to get involved anymore

My goodness. That does sound shocking and scary. I sure hope that doesn't happen to you again.

I am glad that did not happen to me because if it did, I would be calling the police and prosecuting that jerk in court.