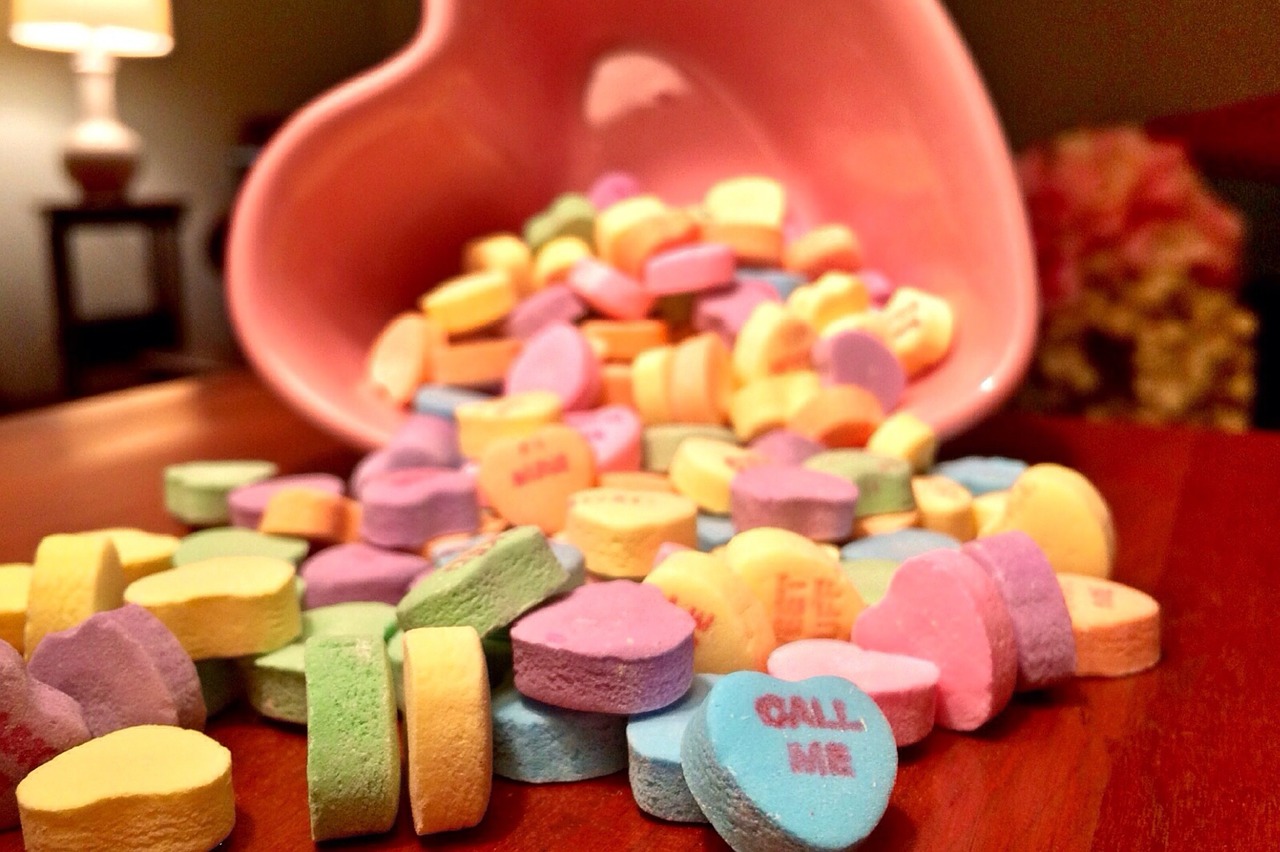 A couple recent events have me reminiscing about the sweet treats of yore - you know, the candies we loved back when dinosaurs roamed the earth.

Remember candy necklaces, those hard little doughnut shaped candies strung on a bit of elastic that we wore round our necks? They showed up in 1958, the year I turned three. We chewed the candies off at will and, by the time we were done, we were left with only a wet, soggy, bit of elastic string that left a sticky, dirty ring around our neck. For that reason alone, I expect moms weren't as crazy about them as we were!

How about Cow Tails, born in 1917, a spinoff of the wildly popular Goetze's Bulls Eye Caramel Cremes? They consisted of a length of soft caramel wrapped around a crumbly white cream center.

Clark bars were introduced in Pittsburgh, PA just a bit over an hour from where I grew up, in 1886. In 1999, the New England Confectionery Company (NECCO) bought the company and now makes Clark bars in a suburb of Boston.

Speaking of NECCO, remember Necco Wafers? These quarter-sized rounds of confectionery delight came wrapped in a tube of waxy paper. You could buy a six inch roll for a nickel. They still come in the original flavors of orange, cinnamon, licorice, lime, clove, chocolate, wintergreen, and lemon. Created in 1847, Necco Wafers are the oldest known American candy and, although the shape is different, the conversation hearts of Valentine's Day (also made by NECCO) are remarkably similar in taste and texture.

I think all of these are still available but they're getting harder to find. None of them pop, fizz, sizzle, or change color, so they're not as popular in today's trendy culture as they once were.

And Goldberg's Peanut Chews. Mason Mints. Klein's Lunch Bar. Hollywood candy bars. Callard & Bowser's. Rarest is Forever Yours. Sky Bar was great. As to the ones you mention, Clark Bar and Necco wafers were two of my favorites.

I've learned that Forever Yours is still available - it is now called Milky Way Midnight and I can attest to its deliciousness!

In fact, I had wondered about that. I'm glad you said something. I'm thinking you're right. Forever Yours was too good to stay discontinued!