It's All About that Bass 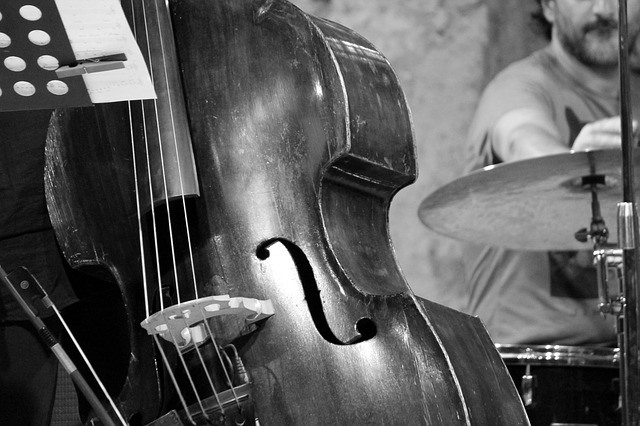 Though I got through the first half of the 30-day Song Challenge by AliCanary , I have been remiss in keeping up with it. Instead of trying to catch up, I have already identified several songs that fit into certain categories, such as the "song I often hear on the radio."

I remember when I first heard "All About the Bass" on the radio. It was about the time that I was back in Tulsa, Oklahoma visiting my sister, Sonja, back in September of last year. Not only could we identify with Meghan Trainor, it was a great play on musical terms we grew up with in a musical family.

Both of us have always had more "bass," even though we were also not lacking in the "treble" department. We are both "baby boomers" and had "over the years over body image, as did many women who weren't the "stick figure Barbie dolls," mentioned in Trainor's song.

I have heard the song many times over the radio and it is now used in a cute diaper (nappy, for some of my friends) commercial featuring toddlers.

I am glad that body image today does not seem to be quite the issue it was for me, and other woman I have known.

We still have a long way to go, but perhaps songs like "All About the Bass" remind some that they do not have to fit within some unrealistic "ideal."

However, I would be happier if we could get to a point where we do not judge another person by their bass, treble or any other "part," other than the heart that goes into making them who they are.

More from My 30-Day Song Challenge:

Have You Cast Your Vote?

That's another song I've never heard of. I'm certainly lacking in the musical knowledge, which is why I chose to not get involved in this challenge.

I try not to dig too deep into the songs that I listen to these days. I like music and for the most part it is not as easy to understand the words.

I just cannot think of all the categories, so I may not finish the challenge, but I have now come up with 14 songs. I may still do a few more, but I have failed miserably for completing this challenge.

Ignore it and maybe some of them will go away? LOL I'm more conscious of words and the messages they, like rotten politicians, also spew.

I know exactly what you mean and you are spot on. : )

I must admit, I prefer something short and sweet, rather than prolonged as this one has definitely been.

I did take part a couple of years ago on a bloggers' meme for A to Z in April and completed it. It was hard, though.

That song certainly gets the nod for most overplayed song here in my part of the world.

You won't believe it but when I clicked to your post that song was playing on the radio! Very catchy beat.

I've not heard or at least not listened to the words of this song. Thought it would be about music! Hoot!

I was expecting her to be little light in the treble department, as well, but upon watching the video, I observed that she seemed well-provided for. I was also shocked to find that she was white, because she really has that Little Eva thing going on.