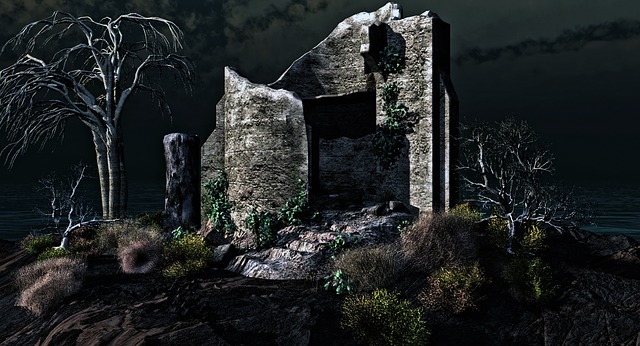 Randolph Carter and Harley Warren were close friends for five years. Now Warren has gone missing. Carter was found early in the morning at the edge of the Big Cypress Swamp , stunning and barely able to give an account of himself. The authorities want to know what happened to his best friend the night before.

Carter admits that he and Warren had a taste for studying odd books. Warren had full library with many books in Arabic. The book they took with them that night—the book that Warren took with him out of this world—was in a script that Carter has never seen. Warren wouldn’t tell him what was in the book, but he seemed convinced that it was part of Warren’s studies into how it could be that certain corpses never decay.

Though he has no clear idea of their objective that night, Carter does recall coming upon an ancient cemetery in the Big Cypress Swamp. They work, clearing debris, and uncover a slab. Its removal reveals a black aperture, into which Warren descends. After a few moments, he cries up to Carter, “Great God, I never dreamed of this!” and quickly begins begging him to replace the slab over him. He’s lost, but there’s no sense in both of them being killed….

This is typical of much of Lovecraft: the unspeakable horror, the unwise trespass, the ancient decrepit tomb. The ending however is unequivocal, unlike many of his stories and ends quite abruptly. I neither disliked nor liked this one, but it’s not a bad little story and is quintessential Lovecraft.

Title: “The Statement of Randolph Carter” written 1919 first published in The Vagrant 1920

Yikes. I never developed a taste for horror films and I suspect it would be the same with books filled with paranormal stuff. Great review, though!

Thanks for yours kind words. Not everyone cares for horror. I completely understand. I like well-done horror, which depends on atmosphere instead of blood and guts, though.