Meat Lovers: Where Do You Draw The Line? 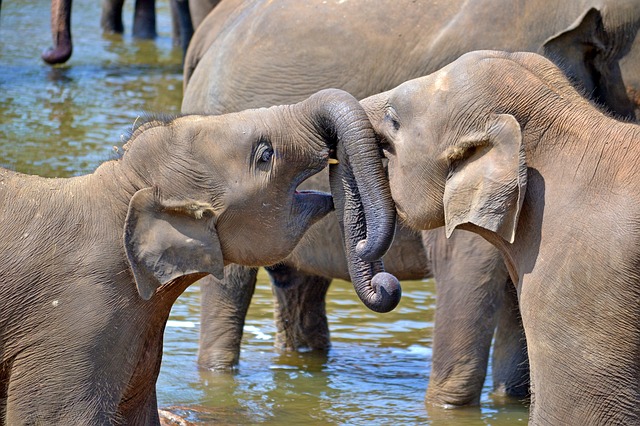 I love meat, and can’t imagine ever not being able to eat it. My country Botswana is a country of meat lovers. In fact, it’s very rare to find a Motswana vegetarian. Of the few I know, most are vegetarian on medical grounds, not out of choice. But we tend to stick to certain types of meat, meat that’s universally eaten around the world. These include lamb, beef, pork, chicken; those types of meat are what we usually stick to.

The only other type of meat some people in Botswana will eat that may not be to everyone’s taste is game. Examples of game that is generally acceptable are kudu, buffalo and guinea fowl. There is currently a government sanctioned hunting ban in place, so you couldn’t go shooting wild animals at will. Some wild animals including elephants are on the decline and are at risk of extinction. On that basis, most people would agree that this is a move in the right direction.

It was therefore with a heavy heart and great disappointment that I read an article last week stating that the infamous president of Zimbabwe, Mr. Robert Mugabe was to dine on elephant during his lavish upcoming 91st birthday celebrations! First of all, I didn’t know people ate elephant meat. –and second; the elephant is listed by the WWF (World Wildlife Fund) as being vulnerable and at risk of becoming endangered., which at worst could result in their extinction. Some Zimbabwean farmer was allegedly donating the elephant to the president. I didn’t know a farmer could “own” wildlife!

I waited with baited breath to see if it would happen this week, and it has! It is reported that while most of the Zimbabwean population languishes in poverty, the president was joined in his birthday celebrations by an estimated 20 000 people. It is alleged that guests at the lavish celebrations feasted on elephant, buffalo and kudu! As if this wasn’t enough, a landowner donated a stuffed lion and crocodile to the president.

I can quite honestly say that for once, I’m lost for words.

Back To the Grind After laptop Problems

One Man’s Meat, Another Man’s Poison

I am surpriced to hear that they ate elephant meat, I didn't know that people eat that kind of meat, and I think that it is wrong to eat endangered animals like elephants.

Being a Muslim, I draw a line at eating any form of pig meat and meat of any animal that is carnivorous like lions, tigers etc. I would not want to eat meat of endangered species either or get invited to a feast where rare delicacies are served knowing millions are starving for basic food. Leaders of third world countries are a bit like cannibals even if they don't literally eat flesh of human beings.

pretty outrageous, disgusting behaviour by the president - always thought elephants were hunted for their ivory - for a president to get them a reputation as a delicacy could be very bad - not sure what Kudo is - I eat meats too

Well! Add this to the list of other horrible stuff people are saying about President Robert Mugabe. The man can't live forever. Hopefully the citizens can outlive him. Often when there are leaders like this of a country, you hold your breath hoping the replacement will be better.

What we eat is largely determined by cultural or religious factors and not by what is good for us. In the UK we wouldn't dream of eating dog but it is commonplace in some far eastern countries neither do we eat horse yet, just across the English Channel, in France, horse meat routinely eaten.