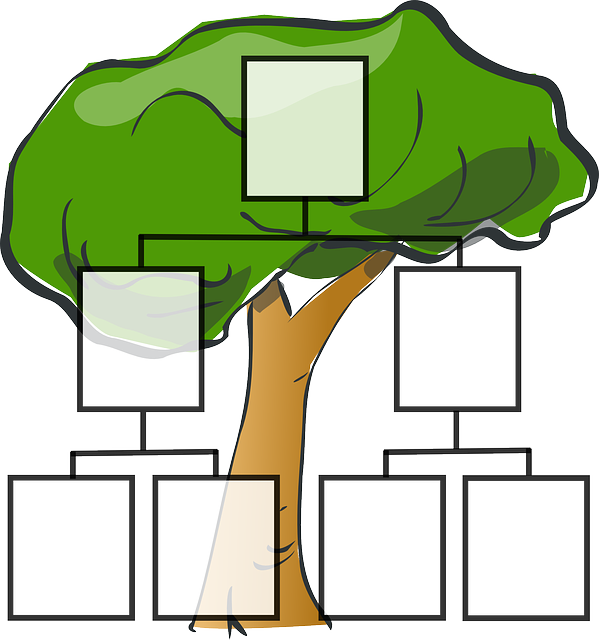 A new series of Heirhunters started today on BBC1. When people die without a will and without any known relatives, their name is advertised on the Bona Vacantia list - and many estates sit there, unclaimed, for years, decades. Ultimately, with no family traced, The Treasury get any value in the estate.

Heirhunters follows the work of several heir hunting firms and shows you the family they traced.

The first unclaimed estate was for a Valerie Hatton, a teacher, who died in Grantham, Lincolnshire on 17 June 2013. She had fostered a lad who had remained close to her for over 50 years and she was not only hugely popular and very active in the cat breeding circles of the UK and worldwide as an exhibitor and judge, but she'd also entered the Guinness Book of Records in August 1970 when her Burmese cat had had the largest litter of kittens - producing 19 kittens! That world record referred to her as "V. Gane of Kingham, Oxfordshire, UK". When Valerie Gane / Valerie Hatton died intestate, as a foster-son he didn't inherit the estate, instead they had to trace her long lost family.

Valerie Hatton had been born in Prestwich in 1924 and married Andre Jofre Douglas Gane in 1967. Her husband had died in 1985. Valerie's father was William Edward Hatton, an actor and her mother had been Phyllis Finch, a vocalist. Valerie was an only child. What was crucial to them cracking the case was that her father had changed his name from Gaukrodger to Hatton.

Both of Valerie's parents had been married before. Her mother, Phyllis Finch had been married to Cecil Moon and they had a son, also called Cecil, who was Valerie's half brother. Cecil Dennis Moon had married Maisie Swain in Hendon 1938. They had one son, David John Moon, who had died in 1969, but he had two sons, one still living - and two granddaughters.

So in that case it was Valerie's half brother's grandchild and grandchildren who had a call out of the blue about a relative they had no idea existed!

I love tracing family history as there are so many unknown stories that come out! It's good to see families reconnected on the Heirhunters TV show and to follow the resources they've used and then hear the stories of people's lives.

If they try to trace the families of the Jews who had died in the concentration camps, they will reveal many sad stories.

They would, but, for those living family members who had lost touch, or never knew the story, it's a blessing as they find out the old stories.

How did I miss that? Sorry about the boy,I hope he was thought of by the family that were found.

Another reason I don't like my cable co - they discontinued BBC :(

He was happy enough. She gave him a great life - she used to take him out of the Children's Home for holidays - and even took him to London where he got the opportunity to play at the London Palladium a couple of times. Then, she was at his wedding and he had 3 kids - and Val helped him with all that and was there.

Awww. Well, I get it here for "free", although I do have to pay the £150 or so TV license, but that's for having a telly, irrespective of which channels I'm watching :)

Wow I think that is so cool. It reminds me a preaching of... knowing who you are. Sometimes people are having a hard time in their lives without knowing their roots. They are being maltreated on the streets and go hungry. Not knowing they are the Heir to a family. Lol! God bless.

Yes, it's sad that people don't know of their families. I should write up the other story from this morning, that was quite sad. 3 men had lost their father in 1987 (when he was under 40). Their grandmother wouldn't have their grandfather mentioned, and they couldn't find out about him. They'd tried to find him, find out about him - and failed. Then they got a call out of the blue just two years ago as he'd died without a will and they'd been traced as the relatives to inherit. If only they'd known how to trace people properly they could have had 20+ years of knowing him. They met his best friend who said he was a lovely man - and he gave them some stories and some tankards that used to belong to their grandfather.

I think there's bloke on The Voice that provides this service....his name's Will.I.Am...

Wow, imagine what it would be like if someone rang you up and said you were the heir to a magnificent estate. I'd think they were scamming!

It must have been a lovely surprise for her family, but I can't help thinking its a shame she didn't make a will leaving something to the foster son.

LOL. I started reading that and thought "er, where's this going then?" Got to the end, it sunk in and now I'm full of LOL.

Well, people are rarely phoned with a magnificent estate, although some in the past on the Heirhunters TV programme have started off at over £200,000 they've ended up finding 30 heirs who split it between them. In this instance the woman didn't own her own home, she rented a small bungalow. They usually tell you how much an estate was worth, I don't recall them being specific in this case.

The girl on the programme who was one of the three heirs did say she didn't believe it when they phoned - and a lot of people don't, they think it's a scam.

Yes, they've had these instances before - where people haven't been adopted. It is only with proof of a formal adoption that you can inherit. On the other hand, if your granddad turns out to be a multi-millionaire and you were adopted out of the family then you've lost the claim. If you are adopted then for an intestate Will you are only part of the family who adopted you, not the family you were given away by.