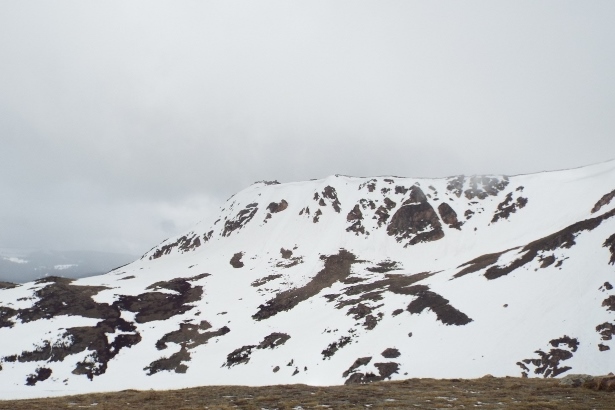 Today is the first time that we have gotten more than an inch of snow in one day. This is fairly late in the year for us, usually we have an inch of snow fall in one day in November. We past the record latest one inch snowfall a few weeks ago, but I can't remember the date that was. Living in North Dakota we are used to having a fair amount of snow on the ground, so it's been odd not having it this year.

My youngest two children are happy that we finally got enough snow to really play in. The first thing they asked me when they got home from school was if they could go out to play in the snow. I said they had to wait a little while so that they could have their snack but let them go out to play for a while after that. They made a snowman, rolled around in the snow, and had a snowball fight. They didn't want to come in when it was time to but they had reading they had to do for school. I'm glad they enjoyed the snow, even though it made the roads slippery to drive on.

The photo is from our vacation this past summer, we saw snow on Bear Tooth Pass in Montana/Wyoming and that is where this picture was taken.

Image Credit » Photo by me

Being born and raised in a tropical country, I really dream of experiencing snow. Hopefully next year, our visa application for Japan would be approved so we could experience snow too!

As I have always been grumbling I never get to see snow. I always wanted a few snowlakes on me and that too did not happen even though I have visited so many countries where snowflakes is a normal thing.