Catching up with old shows

I love drama shows and watch as many as I can - especially crime dramas. Shows like Silent Witness or The Missing. However, every now and then a series passes me by completely and I hear great things about it. One of those was Downton Abbey and I felt that I really needed to watch that from the start so waited until I could get the boxset, which I am working my way through that at the moment. Another was Broadchurch - a crime drama. There is a current series airing at the moment but, again, I wanted to see the first series first.

The first series appeared on the box set section of my Sky TV and we have just finished watching it. I have to say, it was as good as I had heard and we really enjoyed it. It is nice in some ways to watch all the episodes in quick succession rather than having to wait for weeks from start to finish. However, I do feel a bit behind with the times on this one!

Do you sometimes completely miss out on shows that everyone else talks about?

That week flew by 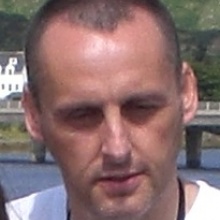 Not sometimes. Pretty much all of the time. I haven't got much staying power when it comes to these sort of things!!

I've reached the point where I don't HAVE to see the newest most amazing series out there. I will wait until it comes out on DVD or even better yet, Netflix or Acorn. I hate it when I have fully caught up on a series and have to wait for the new season to hit either service LOL!

Yep - I'm desperate to catch the whole of - yikes my brains gone blank - erm, that thing where the schoolteacher makes Meth...