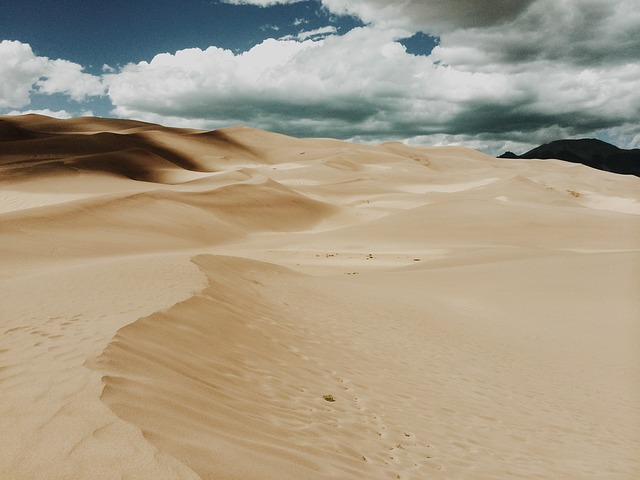 Every year, the harsh climate of the North African Sahara Desert is the setting for one of the most grueling long-distance races in the world, the Marathon des Sables in Morocco. It is not just a marathon, but an ultramarathon of 156 miles (251 km)--the equivalent of six regular marathons. The race is spread out over six days, with the participants sleeping in tent camps along the course each night.

The Marathon des Sables started in 1986, and as of 2007, two people have died during the race. Another, Italian runner Mauro Prosperi, came pretty close to it. He wandered off course during the 1994 race and was lost for more than 9 days, facing desert heat, sandstorms and crippling dehydration. Search planes were dispatched, but never located him. After sheltering in a marabout (an Islamic prayer shrine built in the desert by nomads), he finally came upon a small settlement and was rescued. He had wandered all the way from Morocco to the neighboring country of Algeria! Reduced to drinking his own urine to survive, Prosperi had lost over 30 pounds and suffered serious permanent liver damage, among other problems.

The entrance fee for the Marathon des Sables is about $5,000, which of course does not include the cost of equipment, supplies and training, not to mention travel to Morocco. Many runners are sponsored by teams, but generally only the wealthy can participate, and poor countries-including Morocco itself-have few entrants. Even though other African countries have rich traditions of long-distance running-think of all the Ethiopians and Kenyans who have taken gold medals at the Olympics-there are few participants from elsewhere in Africa. Since the top prize is less than $6,000, there is no chance of profiting from the race. However, many entrants run on behalf of charitable causes, and some of the fees are compensated.

So, if you are planning to enter the Marathon des Sables, be prepared for running a marathon every day in temperatures up to 120 degrees, cooking in the middle of the desert with food and equipment you must carry on your back, wearing the same clothes for almost a week without showering, pooping behind palm trees and yes, possibly dying or getting badly injured. Oh, yes, and sandstorms. Not for nothing is this thing called the toughest footrace on Earth.

How to Save Money with Solar Power

Why is Solar Power So Expensive, at First?

It would take a strong person to finish that, I have no urge to even try.

I fail to see what the motivation would be for such a race, unless all the entrants are masochists!

AliCanary I didn't know, I am aware of Ultramarathons and such, but never heard of this race. Pretty though indeed, more than physical fitness I guess mental toughness is the key.

Paying to participate in those marathons and not getting any monetary benefit would only be of interest to those who have the money and the energy to spare.