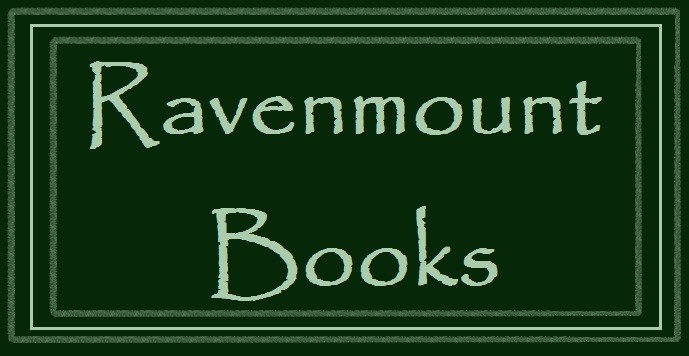 January is almost over, so it is time to check in and review my progress towards my Read Your Library Challenge goals. Are you reading your library (or sections of it)? How is your reading progressing?

I had hoped to finish the first shelf of the A's in our adult fiction section this month, but that hasn't happened yet. I have read 37 books this month, 38 by tonight, yet I still have books stacked up to read from that 'first shelf', and there were 6 more I hadn't read yet that I didn't check out yesterday. Of course, if I read and return all the books I have out, and they get reshelved, those last 6 books might turn out to belong to the next shelf. On the other hand, 3 of the books I checked out yesterday were ones that had been returned, and sit closer to the beginning end of the shelf. I have a feeling that I'll still be mopping up stray A's even when i am solidly reading the B's. Still, I've read a respectable number of books towards this challenge this month.

So far, these are all the books I have read for this challenge since I started this reading adventure in late September 2014-

There are a few books on these shelves that I had already read prior to starting the challenge, and I have a stack of books checked out that belong on these shelves but that I haven't read yet. So, this is only a partial list of the books on the first fiction and non-fiction shelves of my library. Due to mis-shelving and constant circulation of the book collection, the actual books on each shelf vary from day to day, of course, but the first shelf, when the books are all shelved correctly, should end with Susan Wittig Albert, whose books spill over onto the second shelf.

The Outlander , Gil Adamson (adventure, woman on the run from the law in the Canadian frontier, PG-PG13)

Thanks for the Memories , Cecelia Ahern (woman receives a blood transfusion that carries its donor's memories, PG)

The Timekeeper , Mitch Albom (fantasy, a man is granted power over time itself, All ages)

The Inheritance , Louisa May Alcott (first book written by Alcott, girl living on the charity of a family friend discovers who she really is and finds a husband, All ages)

The Kingdom of the Golden Dragon , Isabel Allende (fantasy, fictional world based on Bhutan, YA/middle-grade oriented, All ages)

The Astonishing Life of Octavian Nothing, Traitor to the Nation, Vol. 1 The Pox Party , M.T. Anderson (historical fiction/fantasy, Black Americans during the US Revolutionary War, often considered YA, PG)

I started with the first readable, non-reference shelf of non-fiction, but I may be shifting to the back end of non-fiction instead, or most likely a bit of both. So far I've only read from the front end, but one of the books I am currently reading, The Sand Creek Massacre, by Hoig, is at the back end of the library's non-fiction section.

The Shelf: From LEQ to LES: Adventures in Extreme Reading, Phyllis Rose (I probably should meet this woman some day. She read a shelf of her library in New York and wrote this book about her reading adventure.)

A Philosophy of Walking , Frederic Gros (This is a set of essays on past authors and thinkers who wrote about walking.)

My Quest for the Yeti: Confronting the Himalayas' Deepest Mystery , Reinhold Messner (Messner is an Italian climber, and this is his story of seeking the truth about yetis in the Himalayas.)

Back and still reading

I seldom stop by A. My favorite writers seem to come from C shelf.

What a wonderful cross section. My reading assignment for 2015 is to cut down on the unread/unfinished books I have at home.

I also rarely draw from the a's, at least till I started this project. Mine tend to be in the middle of the alphabet. When I get to J I'll be able to skip a lot that I already read from J-N. I really liked some of the A's I read so far, though (Ellory Adams, Kevin J Anderson, Rudolfo Anaya and Susan Wittig Albert especially), so I'll probably go back and read more by those authors when they have new books out.

I started last year's reading with that goal. I finally got to where I had no 'currently reading' unfinished books stacked up by about July. Now I have 5 books going at once, which isn't perfect, but better than last February. I tend to gather in lots of unread books, though, and get rid of most books when I finish them, so aside from ~200 books I liked enough to keep them, most of my huge home library is unread books. (And, with not having much shelf space, most of the books I own that I have read are put away in boxes, so most of the books on my shelves I haven't read yet.)

Wow! That's amazing. I was just getting ready to brag about all of the books I've read, but I'll hold up on that.

Feel free to brag about your reading. I am in the 'extreme reading' category of readers, and if I was not unemployed or if I had a spouse or kids, or school, or any sort of social life, I'd not be able to read so much. (And, to brag a bit myself, the books listed in this post are just the ones I read from the particular shelves I am 'on' for this challenge. I've read ~60 other books over the same time period, too. :) )

I have not made the time for reading so much, but I am very impressed by your progress!

That seems like quite a formidable challenge. Good luck to you. How much time do you spend reading each day?

It's hard to say for sure, since I am almost always multitasking, reading while crocheting, or reading chapters in between doing social media/blogging tasks, but I definitely spend hours each day reading. It definitely varies from one day to the next (yesterday I spent a while working on modifying my chicken vindaloo and a few weeks ago I was spending hours experimenting with candlemaking, but this week in general I am just doing blog work and reading). I do also watch a lot of shows on youtube and netflix, and when it is warm I work outside in the yard a lot, so I am not just reading, but if I am not doing something else useful, when I can I read.

That's a lot of reading. Good thing you're chronicling this. Blogging about it? Going to write a book about it?

You are indeed an extreme reader. I can't even begin to imagine reading this much.

It is tempting to write a book about it, maybe with some well researched chapters on how library collections work, and highlighting some of my favorite discoveries in terms of authors and books. I read one book for this project that was written by a woman who read just one shelf of her favorite library in New York, and my reading project is much bigger than that. In the meantime, now that I am finishing a shelf and moving on to lower shelves, I'll be posting more about my favorites among the books and authors I've read so far.

I look forward to reading about the favorite books.