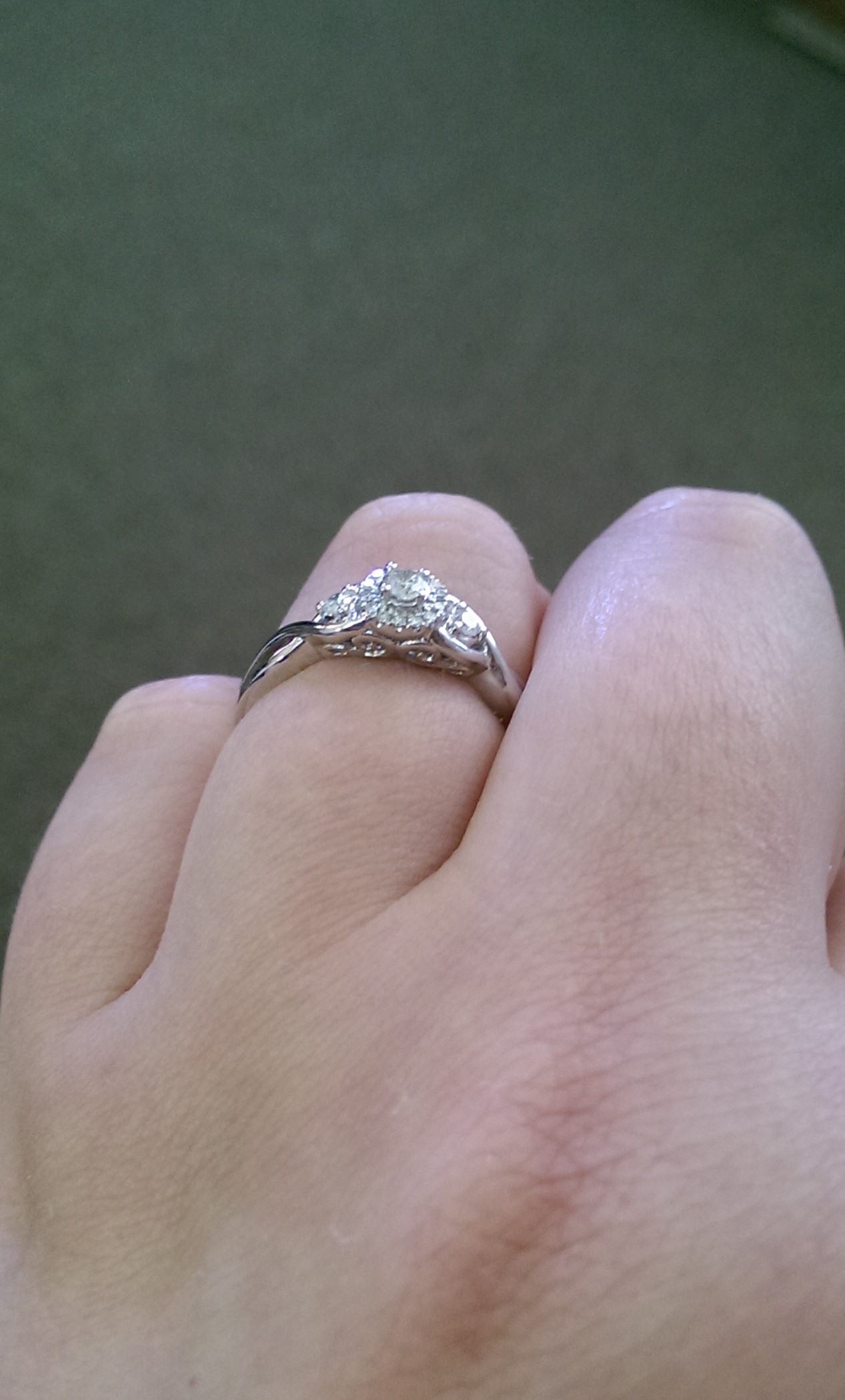 So I found a ring and payed for that ring. Ten days later, when they said it'd be to me, I got a phone call. That phone call said, "It's ready; Come get it at your convience" and I freaked. I was so stressed that I'd have to make a four hour round-trip trek to handle this 10 minute interaction. I called them to straighten it out and thankfully, everything was as it should be. My ring was packed up and ready to be mailed to me, as I wanted. I still was mildly worried about a package in the mail with the word "Diamond" in the title of the business.

The very next day, a package was left between my screen door and the actual door. It was a plain cardboard box, much larger than what's needed for just a ring. The store name was abbreviated, H.D.S, so my fear of my diamonds being advertised wasn't even an issue. I'm just so excited to share it with everyone in my life. I also feel like a big dork because sometimes I just sit and stare at it. I'm still mesmerized and over-the-moon thrilled that it's mine .

Will was elated that I finally got what I wanted. When he got home from work and a little settled, he asked me to look at it. I took it off and handed to him. He then fell to one knee and asked me to marry him. Again. I was blushing and smiling so hard that I could barely squeak out a 'yes'. I found the right one, that's for sure. The right ring and the right guy.

Oh, how romantic! My husband and I were in New York when we got engaged, in one of those nasty storms like the one that's just come through.

It was sweet and thoughtful and totally unexpected.

beautiful ring and beautiful memory. congratulations to both of you. Enjoy the ring. I was married 25 years before I got mine lol

It is a really pretty ring. Glad it arrived safely.

Exquisite ring! And I'm very happy for you and your fiancé. He sounds like a wonderful man!