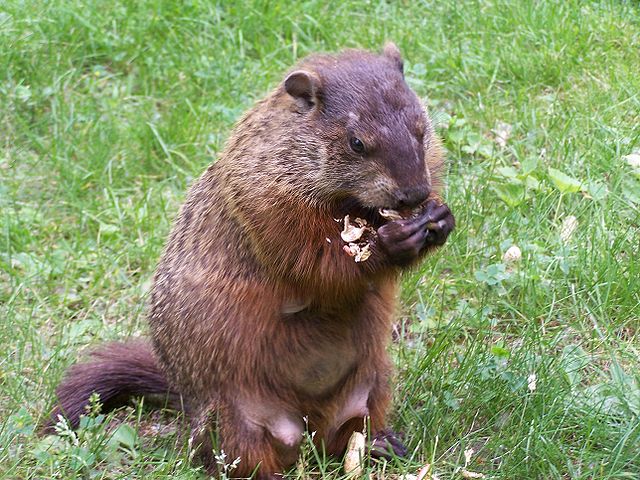 “If Candlemas be fair and bright,
Winter has another flight.
If Candlemas brings clouds and rain,
Winter will not come again.”
~ Traditional English rhyme

If the groundhog sees his shadow, there will be six more weeks of winter. But why?

Some people believe the weather prediction associated with Groundhog Day is actually a variation on an older Pagan tradition of weather divination. It was common to perform such a divination on the cross-quarter days, the four fire festivals that fall in between the solstices and equinoxes . Tradition held that whatever the weather on the holiday, the coming six weeks would follow the opposite trend. So if the day was sunny, warm and pleasant, the weeks to come would be cold and inclement.

One of the days when such reverse weather prediction – or weather divination – would take place is the Pagan festival of Imbolc, which falls on February 2nd. Imbolc is also known as Candlemas, for the Catholic festival that takes place on the same day.

In some places in Pagan Europe the weather prediction was associated with an animal the people held sacred, like a bar or a badger. This tradition came over from Germany with the Pennsylvania Dutch in the 18th and 19th centuries. Not finding any badgers in their new home, they adapted their tradition and looked to the groundhog instead!

Note: This work is adapted from an earlier article by the author, which was originally published on Bubblews

Will you be signing up for the new Bubblews app

Ah, so the weather, like dreams, does by opposites!

That explains a lot except that the saying goes 6 more weeks of winter and 6 more weeks till spring. Arent those basically the same thing just worded differently.

Ruby3881 Interesting, I like how these traditions evolve and adapt to a specific region characteristics.

I never knew where that idea came from. Thanks for the illumination. It has been my experience that no matter what the weather on the 2nd of Feb, there's still 6 more weeks of winter (or more) here in my area.

The weather will never do as we wish, she has a mind of her own.