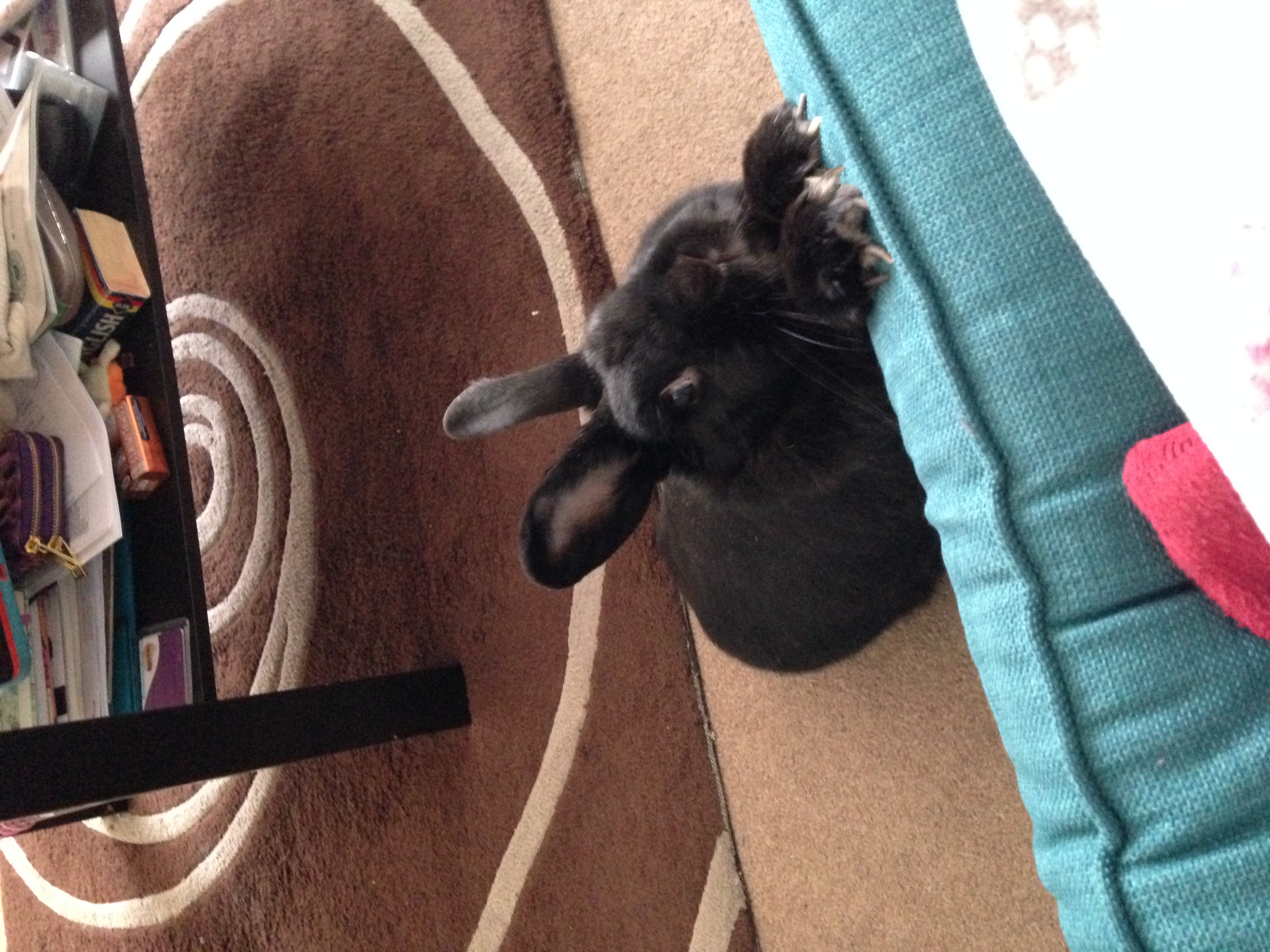 Its Monday yet again. I usually get a lie in on Mondays but this morning ended up getting up as Alex an Dave was making so much noise I couldn't get back to sleep after the alarm went off. Alex is so disorganised it is unreal and despite me saying to him that he should get everything ready the night before he doesn't listen and ends up running around like a headless chicken in the morning.

Anyway I have gotten up while Dave has gone back to bed. He's trying to catch up on sleep since he didn't go to bed on Friday night thanks to a huge cock up at work and him not getting home till 7am. I have just finished eating my cornflakes all the while being watched by Puddin' the bunny. That is here in the picture.

Puddin' is a rabbit that we rescued about 4 years ago now. She was kept in horrid conditions and had a owner who knew nothing about rabbits. She was owned by someone we knew and he was trying to get rid of her baby's as she had not long had a litter. By the time we went to visit to see about one of the baby's they had all gone. He said that if we wanted the mother then we could take her as she was a 'Pain in the F***ing arse'. Her hutch looked like it hadn't been cleaned in months as it was all thick with dirt. She had no food or water source in her hutch and when the owner picker her up for me to hold her he picked her up by her ears. Both Dave and I looked at each other with the 'she's coming home with us' look.

We drove home with her lying up my chest. She was shaking from the moment she was handed to me and it was only on that drive home that she actually calmed down. I saw the person we got her from a few days later and he confessed that if we hadn't taken her he was going to drown her that night as she was such a pain in the backside. I couldn't believe what he had said.

She became an indoor rabbit as we only had an indoor cage at the time but the intention was to put her outside at the weekend when we had got her a cage. She never made it outside though as we discovered that she was the most loving, adorable and quirky bunny. She has her issues still and we cannot pick her up easily because of how she was handled before. She now has free run of the living room and can be so funny to watch when she is running round and binkying, jumping up in the air. She has a thing for washing feet which at times makes me cringe and on my bad days she is always by my side watching me and giving me the odd was as if she was taking care of me.

She also worships the ground Alex walks on. You have heard the saying one boy and his dog well in this house it is one boy and his bunny. She can be fast alseep and tucked away under my desk but she always appears a couple of minutes before he comes home from school. Wherever he is in the front room she is. I swear that if she didn't refuse to go over the wooden floor in the porch the she would be with him in his room all the time. She loves to hear him laughing and usually when he laughs she has a daft do of running round the room.

She is definitely a bunny that has landed on her feet and now lives the life of luxury which is nothing more than she deserves. I know that as a family we would be lost without her as she is one of us.

Who Would Have Thought Alien's Are Sarcastic!

This is so sweet. She is lucky to have you as owners now though I wish you had locked up her former owner in that dirty cage before leaving.

This is quite often the case with animals that have been neglected. As soon as they acquire a caring owner they value the difference.

I reported him to the RSPCA who took away all of his other animals as they had 5 dogs and 8 cats and their house was a mess. He was taken to court too and has been banned from keeping animals for life.

I can tell by her actions that she appreciates what we did for her. For the first few days she was like a shadow. I couldn't even go to the loo without her. I am just glad that we could give her the home that she deservers. 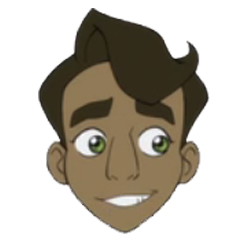 Puddin was so lucky that she met you, now she is with people, who really care for her. :)

She is. She is much a part of this family as my son is. We couldn't function without her.

I bet the rabbit never suffers from Monday blue. It must be happiness all the time for her.

No she doesn't as long as she has fresh veg to eat she is happy but she certainly lets us know when she is not happy and stomps her feet at us.

Thank you and she is. I have never had a house rabbit before now but after having her I don't think we would ever put a rabbit outdoors again as you miss out on so much of their characters.