Did You Know? Fun Facts About Lucille Ball 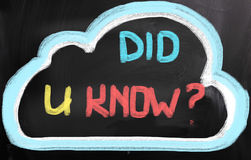 We all watched the I Love Lucy show and laughed along with her antics. Her tv show was an iconic TV series and millions loved her. But did you know that Lucille Ball had many other acting credits under her belt before the famed TV series I Love Lucy

. 1-In 1934 she was in a Three Stooges Short film, The Three Little Pigskins.

2-Her husband Desi Arnaz, invented the “rerun” when he re-aired some of the episodes in the first season to give his wife Lucille Ball time to rest since she was pregnant.

3-Her hair wasn’t red- according to her longtime hairdresser, it was a natural shade of “Golden Apricot”

4-Lucy has “ornithophobia” a fear of birds.

5-Lucy had huge stars appear on her TV show, including John Wayne, Bob Hope, and Orson Wells to name a few.

6- In 1977, a disco version of the I Love Lucy theme song became a hit single for seven weeks.

What was your favorite TV episode? I have several

Why Stretching Is Good For You

I have heard the number two fact, but did not know about the others! I used to love watching this show, but a friend of mine is or atleast was, the bigger fan.

I have seen so many of the episodes I could not possibly name my favorite!

Those are interesting facts about her that I didn't know. I used to watch that show a lot. I think my favorite episode was the "Vita Meta Vegiman" episode.

Fun article. I Love Lucy is the one show standing the test of time and winning over every generation regardless of being in black and white and so 1950s.