Why Are Pit Bulls So Vilified? 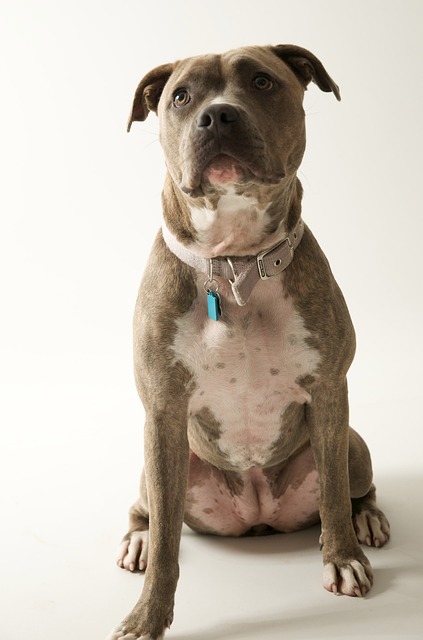 We all here about them in the news when there is a vicious dog attack. Pit Bulls have been vilified for decades now, longer than I can remember any other dog. Oh yes, there were other dogs that were considered vicious and evil, but they never went as far as people have gone with Pit Bulls and banning them.

When I was a young child, German Shepards were considered vicious dogs, they were used as police dogs and guard dogs for businesses and personal use. There were also some that had them as pets and these people had to deal with the outcry from others about having a vicious dog. Why were all these German Shepards thought to be vicious? Just because they were used as guard dogs and would attack, the whole breed was vilified.

Move on to when I was a teenager and we move in to the era where they started laying off German Shepards and jumped on Dobermans and Rottweilers. Again, these dogs were known for there protective abilities and as with the German Shepard, owners had to deal with people complaining about them having these dogs.

Now we have the Pit Bull that is getting all the negative attention. Used for their strength to bring down large game in hunting for food, yes that what's they were used for way back then. When they weren't needed for hunting, that's when the problems started. Many used these dogs for fighting and many still do today and that is where they get their bad rap. Not all Pit Bulls are trained killers, they aren't born into killers either, they have to be trained to do these things, just like any dog. And yes, any dog can and will kill in the right situation.

So why do we here about so many deaths associated with Pit Bulls? Why is it that the media only covers Pit Bull attacks? What about other dog attacks? You can't tell me that no other dogs attack, they may not do as much damage, but they do attack, even small dogs do. Any dog, if provoked can attack.

But you know what the biggest problem is? It's not the breed, it's the owners. If the owners treated the dogs right and didn't abuse them, there wouldn't be as many problems today. I see so many dogs tied up in backyards in my neighborhood alone, why do these people have dogs if they are only going to put them in the yard and chain them up?

If people were more responsible and actually cared for their pets, this wouldn't be the big issue it is.

What Should The Punishment Be For Deflategate?

The neighbor's pet poodle taking a bite out of Johnny's arm just doesn't have the same fear power that the words "pit bull" have so you will rarely hear that reported in the news even when it is newsworthy. I too remember the demonization of various breeds growing up and it is ridiculous.

That is true. It is sad to see a whole breed vilified because of irresponsible owners.

I think there are no bad breeds just bad owners and the fact that this particular breed has been used to attack people but I don't think they are bad, they are trained to be bad and almost any breed can have that happen, it is too bad. :)

Exactly! And yes it is very sad, our local shelter is full of pit bulls and pit bull mixes that no one wants because of the stigma that goes along with them.

I agree. I think all dogs and animals are a reflection of the care or lack of care given towards them. Good dogs can snap in strange/scary situations and "bad dogs" might not really be bad dogs, but just how they were trained. I love my critters, but I'd never leave them alone with a baby. :) However, I've read many cases where stray animals rescued and saved lives of babies who have been abandoned by their parents in boxes on the streets and what have you.

Thank you, it's nice to see other think the same and they aren't these mean monsters the haters want to make them out to be.

We hear this about Bull terriers too - they belong to the same category. We had one and we named him Rana. Although we had a lot of work to do to tame him he turned out to be the best pet ever. I have written a post on him
http://personapaper.com/article/17515-rana-our-bull-terrier

HI Kat- I could not agree more with you, it makes me sick to see so many of our neighbors in our community that leave their dogs out all the time. Ask anyone that has a Pit Bull that does not leave it chained up outside how gentle they are with their kids. I know we see far too many reports in the news about mauling's involving Pit Bulls, but according to statistics you more likely to be bitten by a small breed dog or Labrador than a Pit Bull.

Dogs are not vicious by nature. The only reason they EVER attack is because PEOPLE don't pay attention the body language of the animal. Body language is everything and this goes both ways. If you move in a manner that feels like an attack to a dog it will respond to your movements. Most of them are passive aggressive. It would do people a lot of good to learn some dog psychology before dealing with them.

You are exactly right. It is not the dogs fault, it is the owners. Many pit bull owners are not responsible enough to have any dog much less a dog with the potential to do the level of harm that a healthy pit bull is capable of. In certain communities, having a pit bull who appears vicious is a status symbol. That is not a good reason to have a dog.

The problem is most people thing they can't be tamed or they can't make good pets, you proved their thinking wrong with Rana.

True, unfortunately I don't see it changing any time soon.

Good point. Even from a young child, I could usually tell by the way a dog was standing and looking at me if it was approachable.

That is too true.

I think that the fact that idiots owned the breed in order to make themselves look 'hard', plus as you say there is the dog fighting aspect but one other aspect is their jaw/bite. When a pit bull bites down their jaws lock which makes the bite so much worse. It is nearly always down to the owner and if you know your dog has violent tendencies you muzzle them when others are near.

You make some great points and I just wish people would realize that it's not the breed that is bad.

Just like every other problem under the sun--it's people's fault.