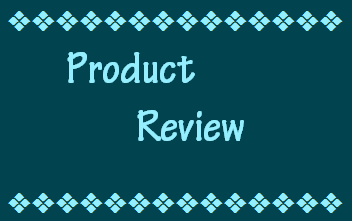 Perhaps you've seen them, too. The plethora of commercials about the new deodorant sprays put out by several Unilever sub-brands like Dove and Degree. Well, I fell victim to the appeal and purchased a can of the Dove (but hey, I had a $2 off coupon!).

These buggers aren't cheap. $5.49 per can! The can states it'll last 8 weeks. I actually believe that because you really don't need a ton of it.

I liked the idea of having a deodorant that felt dry and left no white residue. That white residue is my enemy, showing up on every black or dark shirt I own (which is a lot). Even when I'm careful, super careful, I see a line or spot of white deodorant. Grrr!

Well, I have to admit, the Dove deodorant spray is nice. Now, it claims it goes on dry and is instantly dry to the touch. Mmmm, not quite true. When I touch it, it feels moist. Not wet, but certainly not dry. No biggie. And no, I'm not spraying half the can on at a time, even at tiny amounts it feels like that.

White residue? What white residue? That claim seems to be very true. It doesn't look white under on your skin, and I have yet to notice it on my clothes.

So how about scent? Not bad. I like Dove to begin with, and purchased the Cool Essentials Cucumber scent and it's nice and light. Not overpowering, but enough scent to enjoy.

Final Verdict. I like it. I don't like the price point, but coupons help. Not a big fan of the over-spray either, but it can be kept minimal if you have good control over the can. I've been using it for a week now and I don't think my opinion will change. I feel confident that there is no body odor, and that is a wonderful thing!

Image Credit » Created by me on Paint.

These are a Few of My Favorite Things

I am not one for deodorants may be just a perfume when I am going out. Nothing like a clean smelling person.