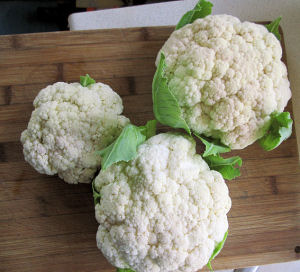 One of our local charities is holding a Stone Soup Day and it made me wonder how many people know how to make Stone Soup.

The story of Stone Soup varies, but the moral of the tale is always the same.

A stranger turns up in a small village that has fallen on hard times. He is advised to move on; the villagers have barely enough food to feed themselves.

The stranger produces a large cauldron and a stone. All he needs from the villagers, he says, is water. His stone will supply him with a delicious soup.

They provide him with water and watch with curiosity as he builds a fire, sets the cauldron over it and pops in the stone. He tells the villagers that his stone soup is delicious but it is even better when a little cabbage is added. One of the villagers produces a few leaves from a cabbage she has been hoarding and offers it up to the stranger's pot.

And so it goes on, until every villager has added a little of whatever food they have.

The result is a large pot of hearty soup which the stranger shares with the villagers.

Many offer to buy the magical stone from the stranger but he refuses and takes it with him when he leaves.

I'll leave you to work out the moral of the story yourself.

Have you heard the story of Stone Soup before?

[Image is of my home grown cauliflowers]

Wow, what lovely cauliflowers you have, my dear, they look good enough to eat LOL. Yes, I have heard the stone soup story before too.

Ambermol hello :) I have never heard the story of stone soup before now.

Never heard it before. But after only reading the title, I wondered if it might be some radical means of ridding oneself of constipation... got a little Chaucer thing crossed with HC-Anderson maybe?

Yes, I do know the story behind Stone Soup, which I find very accurate in many ways.

I've heard the story before - but if those people were out finding a proper job, instead of hanging around some guy with a stone in water, they might have a little spare cash for proper food :)

That's a great story and one I have never heard before. If we all contribute a little we can produce something that is beneficial to a whole community.

For some reason that surprises me - I thought you would have heard of it.

Haha! I'm an accountant - I work it out with a pencil and paper.... allegedly!

Ouch! That's a little harsh ;) Everyone likes a sideshow?

Perzackerly ;) And it all starts with 'nothing' :)

Reminds me of a recipe for carp my dad told me about. Something along the lines of - clean the fish, put it in boiling water with garlic and whatever, then add some stones. When it's ready, throw away the soup and eat the stones.

There is a lovely picture book of the story. It brought back fond memories of reading to my children. Your cauliflower is something to behold. Have you seen green cauliflower?

Oh yes, I was a teacher and kids just love that story. We've even made stone soup in class.

Thank you.
Yes, I have seen green cauliflower and I think you can get a purple one too.

I have never heard of this soup and the story behind it. That is very interesting, thanks for sharing it.