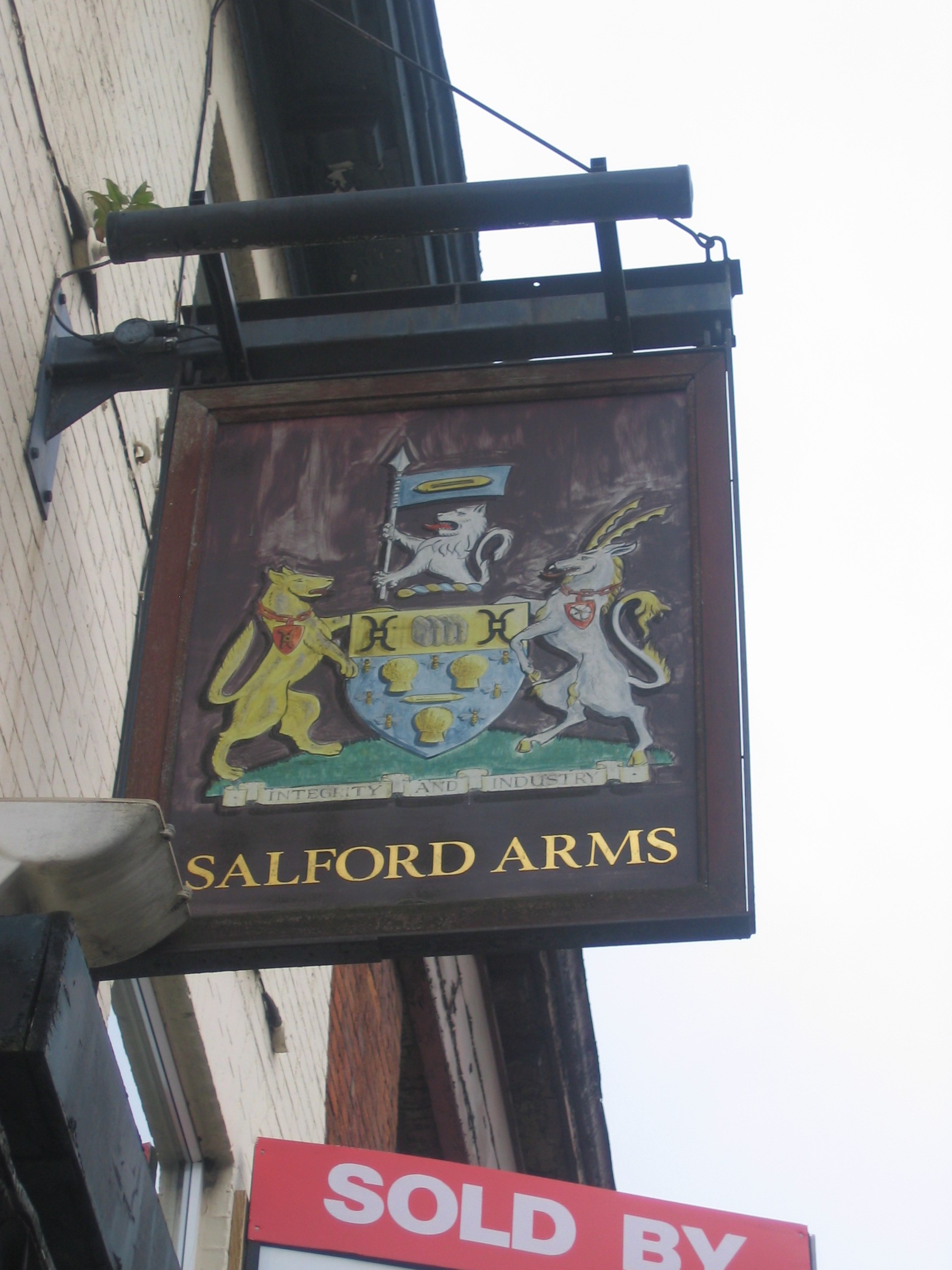 A quite sedate day writing at home, and later at the library in Manchester City Centre which was very busy as the students have started back at the colleges and already have their course work assignments to study.

I left the library to dreadful weather, quite in contrast to the cold but dry weather when I headed there. I crossed the Salford border – quite legally – the River Irwell city boundaries are no frontier, and attended the local real ale society Branch meeting at the excellent Salford Arms inn.

There was a lot to cover with preparations for a forthcoming beer festival, local ale magazine distribution, but we got through it nicely, and the staff provided marvellous chip-sandwiches afterwards.

We also had to shortlist bars for consideration in the next edition of the national real ale annual publication, The Good Beer Guide, which is quite a tough elimination process. I have two of the shortlisted pubs to evaluate for consideration myself in coming weeks.

Beers enjoyed by me at the Salford Arms included Deeply Vale Brewery’s DV8 – a 4.8% dark strong ale, porter in all but name, first and best beer of the night.

First Chop Brewery’s Good Measure, a modest 3.9% golden citrusy ale with one of the most enduring, lasting aftertastes of any ale I have had, but by no means a taste I couldn’t enjoy.

The pub has its own branded ale too, The New Salford Arms Ale, a 4.3% creation from Green Mill brewery that screams traditional and a very hoppy ale – a classic standard session ale.

A few of us made a brief flying visit to the new Abel Heywood inn, for one last drink before catching the last buses home.

Image Credit » Photo Pub sign for The Salford Arms, taken by me

Have you been to the real ale micro pub in Derby?

Tough job but somebody's got to do it, I suppose.

I always hate to see a group of students pretending to study in the library. They always make too much noise.

I'm sorry, but what are "chip sandwiches", something I've never heard of?