The Slow Demise Of The Apple In My Eye 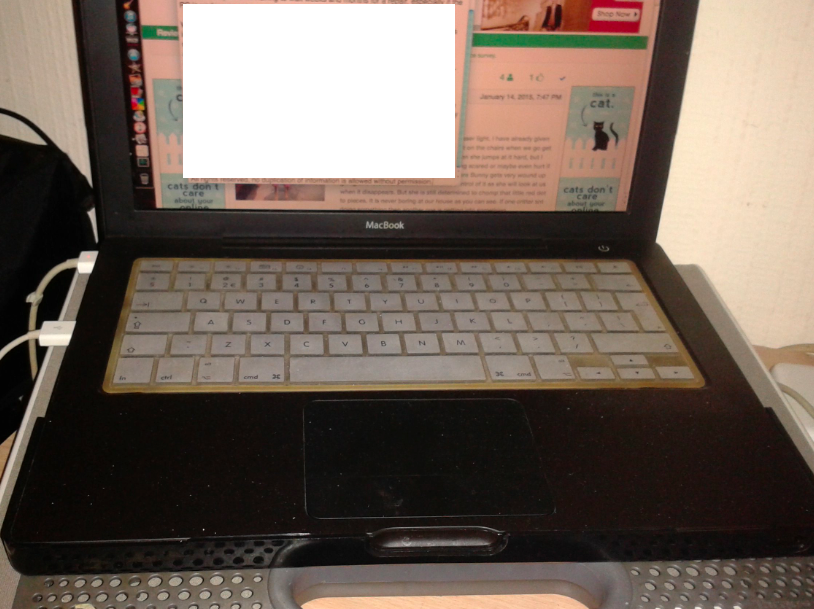 I have noticed it for a couple of days now, given the fact that I am almost on my trusty Macbook every day, that it is probably on its way out. I purchased it in 2008 brand new and it is already six years old, only having a new upgraded hard drive and 10.6.7 Snow Leopard running platform. I do adore using it every day but only this evening when the battery went to 24% on power, it just switched off completely without the usual warning that comes up on the screen. I knew this would happen sooner or later.

My Black Macbook has been the first Apple product I ever bought, so it is very dear to me and on account that it was pretty expensive at the time, I have always taken care of it. In 2013, I bought another Macbook, a small Air model to keep this black one occupied, should this model go down.

But, in reality, my Macbook 4 seldom lets me down and I adore my Apple Macbook! I was most surprised the year that its hard drive broke in 2011 when I was utterly in despair as to what to do. As a normal PC user of some twenty odd years, I have experienced broken hard drives in the past and having to wait weeks and months for a repair, especially if the PC is under warranty.

When my Macbook broke down, I took it to the nearest Apple Store to me, which is in Glasgow, Scotland. The young man who served me was in absolute delight to repair a rare black Apple Macbook and went to pains to tell me how rare my "black" Macbook is. I knew at the time it would probably be a rare edition, but I only bought the black version because it came with extra memory capacity than the white ones, and I had used white ones at work.

The black model seems to a real favourite amongst Apple computer fans - had I known that I would have sought another one to keep as a future investment. Since it was out of warranty, the man took a look over my Apple and told me to sit down for about ten minutes. Ten minutes?? I was then pre-occupied with the iPads that were near me, but I still couldn't believe it would only take 10 minutes for a new hard drive after the lengthy waiting time with a PC!

For a modest bill of some £60, (about $91-45) not only did the nice repair man fit a new hard drive, but also gave me a new keyboard and a new screen. Ever since then, my Apple Macbook has been utterly reliable and the black keyboard on my Macbook 4 has a removable rubberised keyboard cover to keep the keys free of dust.

For years I have suffered with PC home computers and associated laptops. I still use PC laptops even now, but at the end of the day I prefer the simplicity of Apple - and given the excellent after care I have received, I think I will be sticking to Apple for a very long time. Thanks for reading. ©Nar2Reviews2015.

All rights reserved, no duplication of information is allowed without permission.

Wild And Windy Yet Again!

That is a long time to keep any laptop. Maybe a new battery is all it needs.