Stephen King's got the right formula

I'm reading On Writing by Stephen King, his memoir about how he developed as a writer. This morning, I read the part where he came up with his idea for Carrie , which is still one of the scariest books I've ever read.

King worked as a high school janitor while in college, and one of his jobs was to clean the girls' locker room. He was intrigued with machines that sold the feminine hygiene products and the showers in the locker rooms; this was the budding seed of his idea for the novel.

Later, as a teacher, he was hired to help move some furniture by a parent of a student~a homely, unlikeable young woman who was in one of his classes. As he was moving the furniture, he saw a very graphic crucifixion of Jesus. He thought about the student and how it must be to grow up in a household with that depiction of Christ constantly (and literally) hanging over your head.

He put the pieces together and wrote the beginning to Carrie. If you've read the novel, you see the parts of the whole.

That process is how I TRY to think, but I'm not always sure that I get the right pieces together.

Or, perhaps, I just don't sit down and write the first few pages of that novel.

Sometimes, I'm intrigued or interested in the idea at first, but later lose interest in it.

I'm interested to finish King's book to see how he goes about the drudgery of writing.

How do you write? Where do you get your ideas? Have you written a novel? Do you hope to write a novel?

Writing my Memoirs Piece by Piece

What do you know about Fiverr?

Although I enjoy writing, I've never developed as I had once thought I would. I envy those with the ideas and the commitment to give writing a novel a go -- what an experience it must be. I experience vicariously, being content for now to be a cheerleader.

He is a very hardworking writer who writes practically everyday.

My drafts for a several novel ideas haven't gone very far. The super plot ideas, character, heroes, conflicts remain in my head, But time to put them together is just time-consuming. I guess, that's what's writing is all about.

I love Kings books, he has an amazing imagination. But I have never tried to write a book myself.

I just purchased your book from Amazon. I'm so looking forward to delving into it. 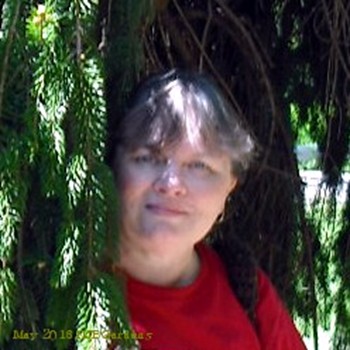 I write a lot and read a lot, and have occasionally thought of writing a book, but it never seems to happen. Ideas from writing do come from the post unusual places.

I write a chapter or two at a time as the ideas come. If I run out of steam on a project, I put it aside and work on something else, like short stories or blog posts. I don't usually write from beginning to end. My first book I wrote the middle first. My latest book, I melded two different story ideas into one.

Bodiemor and I are working on a series of novels - it's tough finding the time however!

So many of my "ideas" have come from dreams that present themselves as stories with beginnings, middles, ends - as well as individual "scenes". I have a backlog of them, lol, so I don't worry that they come fewer and far between these days, lol.