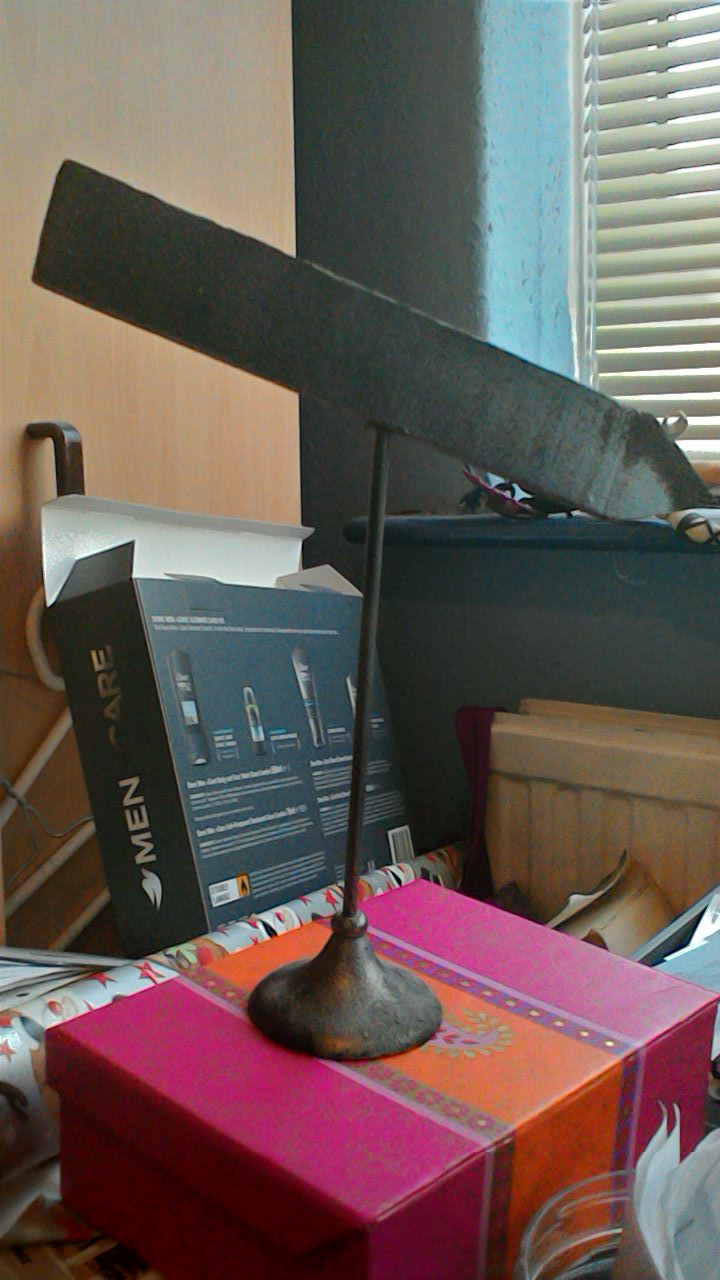 Persona Paper writer MelissaE has set a nice challenge in which creative writers are to imagine they have won a prestigious literary award, the Golden Pen (which is fictitious). Here is my acceptance speech.

I am deeply honoured to be the latest recipient of the Golden Pen, to go with my Golden Arm, Golden Gun, Golden Fleece and Golden Goose awards.

I’ll never write with this fabulous pen. It is a trophy, a cup, a medal – not something to scribble with. I lose pens too easily, while this will be given pride of place over my fireplace in a display case.

My writing has gained a few modest accolades, including the August 2003 Silver Stake award for vampire poetry gained at the Creatures Of The Night poetry event, run by Rosie Lugosi. This however, is my proudest achievement, until of course, the Pulitzer, Booker and Nobel awards wing my way too, as they surely must. Thank you one and all.

Note – The Silver stake Award referred to above, is real.

Image Credit » Photo My Silver Stake Award, from 2003, taken by me.

Poll – Are You Any Good At Spelling?

I really hope that Admin can put this Golden Pen into permanent feature to feature a few good articles for a day.

Let's not forget the Golden Wonder award for the best poetry and prose on the theme of crisps.

Oh salt and vinegar thy taste doth linger but if all else fail I,'ll settle for ye old prawn cocktail

Such enjoyable piece! Thou art worthy of great prize. ✒ I rewarded myself seven writer's Mugs for endless writing... as a reminder. 😊

Funny you should mention the Golden Fleece. We've been studying Greek legends in my social studies class and my students loved that story. Now they are working on developing their own heroes and nemeses and writing an epic about them, complete with illustration or shoe box diorama.

Hahaha - funny! And sober congratulations to you on your Silver Stake award. Any chance you might post the winning poem here?

What a great project! I would have loved that as a kid. I was an avid fan of European and Norse mythology!

But I thought you were just to deliver an acceptance speech. Your trumpeter seems to have died