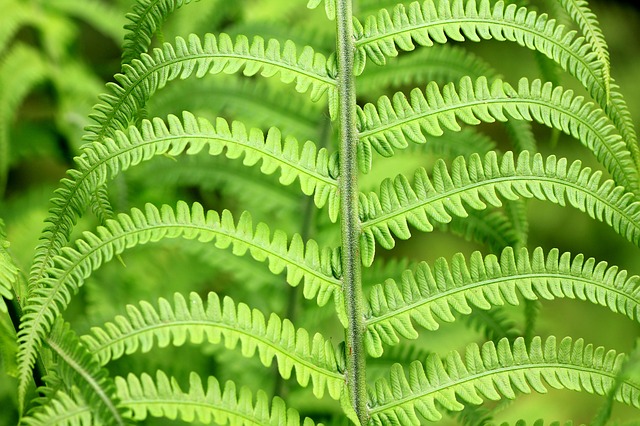 According to recent scientific studies some plants show emotional reactions and although they have no nervous system are able to transmit signals by other ways. In order to prove that hypothesis a group of scientists selected a healthy specimen of Mimosa Pudica plant known to react to hand touch by closing it`s leaves and filmed the plant reaction to various stimuli. It is remarkable that when the researches covered the plant with a glass jar big enough to exclude air and inside the jar besides the plant they put a small quantity of chloroform which is used by anesthesiologists to induce deep sleep during surgeries and left the plant to stay together with it under the closed jar for a while, the plant temporary stopped closing it`s leaves upon touch. This is extremely amazing finding since the mimosa does not have nervous system and should have not suffered from the effects of chloroform as do the other organisms who have evolved nervous system.
This finding strange as it is, seems is not the only interesting discovery concerning plants.
The same and many other teams of scientists and ordinary enthusiasts subjected the plants to words expressing anger,threats and other negative emotions or even act of physical violence like breaking leaves of one plant and by means of polygraph recorded very fast reaction of the other plant. This, concluded the scientists can mean only that the plants are far more sensitive creatures than it was previously thought since they are able to feel stimuli and simulate reaction similar to human and animal emotional stress.

Some claim that talking to their plants helps them grow better.

This is another example of science catching up with the man in the street. Anyone who has ever grown plants will know that they need nurture not just in food and water especially with orchids

Yes, it seems that somehow they get the emotions behind the words.

Yes I agree with you. Actually science has made enormous advance in discovering many new things lately that were unthinkable 50 years ago.

I have heard about this and have watched several documentaries regarding the nervous system appearing in some plants but others. Even if the system is not present plants still react to different forms of human and insect contact. That's why insecticides are not healthy for the environment. It will hurt all forms of vegetation and fruition of all plant life.