I found out why

Well I got a letter from the dental surgeon today explaining the bizarre way things went in the week.

Apparently my scan showed that the tooth that had been cracked with the endoscope hadn't broken as much off the top as we thought. What had happened was that it was pushed downwards back into the gumline. It was not just the tooth that was cracked but the root had somehow cracked my jaw (explains the pain) so they had to act fast to avoid infection and a worse outcome.

They are so over-nice with this that I can't help but think it's because they are worried I will sue the hospital. I have told them loads of times that I won't because I don't agree with doing that as it just takes money away from other patients and it could be really needed somewhere. I know they have insurance and people tell me to claim through that but the more claims there are the higher the insurance payments next year.

Having money would not influence the outcome of this anyway so its is a doubly pointless endeavour for me.

What do you think about suing your health providers for an accident that truly was an accident and could not have been helpedd?

Back home and ready to go

Would you have killed them?

Find a law firm that you can honestly depend on to represent you and good luck. You were indeed injured as a result of malpractice and plain carelessness.

It would depend on how bad I had been injured.

To me as long as they cover the cost of what now needs done I would not sue. We are all human but doctors are not supposed to be. Now if it had been crippling or caused death that would be different.

Although no-one is perfect and accidents and mistakes do happen I would want some recompense for the pain and inconvenience caused by something they did. 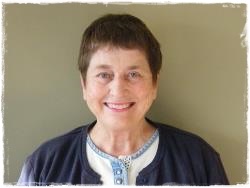 I think I would definitely expect not to pay for the treatment. But that would be adequate for me. When you sue, it's just the lawyers that get rich most times!

I know but in my circumstances I really want to avoid the stress.
I have a life limiting condition I am hoping to cure so have to concentrate on that really. But ty for your advice x

In the big scheme of things this was fixed easily

I am getting the treatment for free plus managed to be cheeky and negotiate free dental work for my daughter who is having problems with her wisdom teeth. Cheek I can do, lawsuit not so much

I think it really depends on the circumstances as to if I would sue or not, but for something like this I wouldn't I do hope they are covering the costs for you though and that more importantly you arn't in pain now.