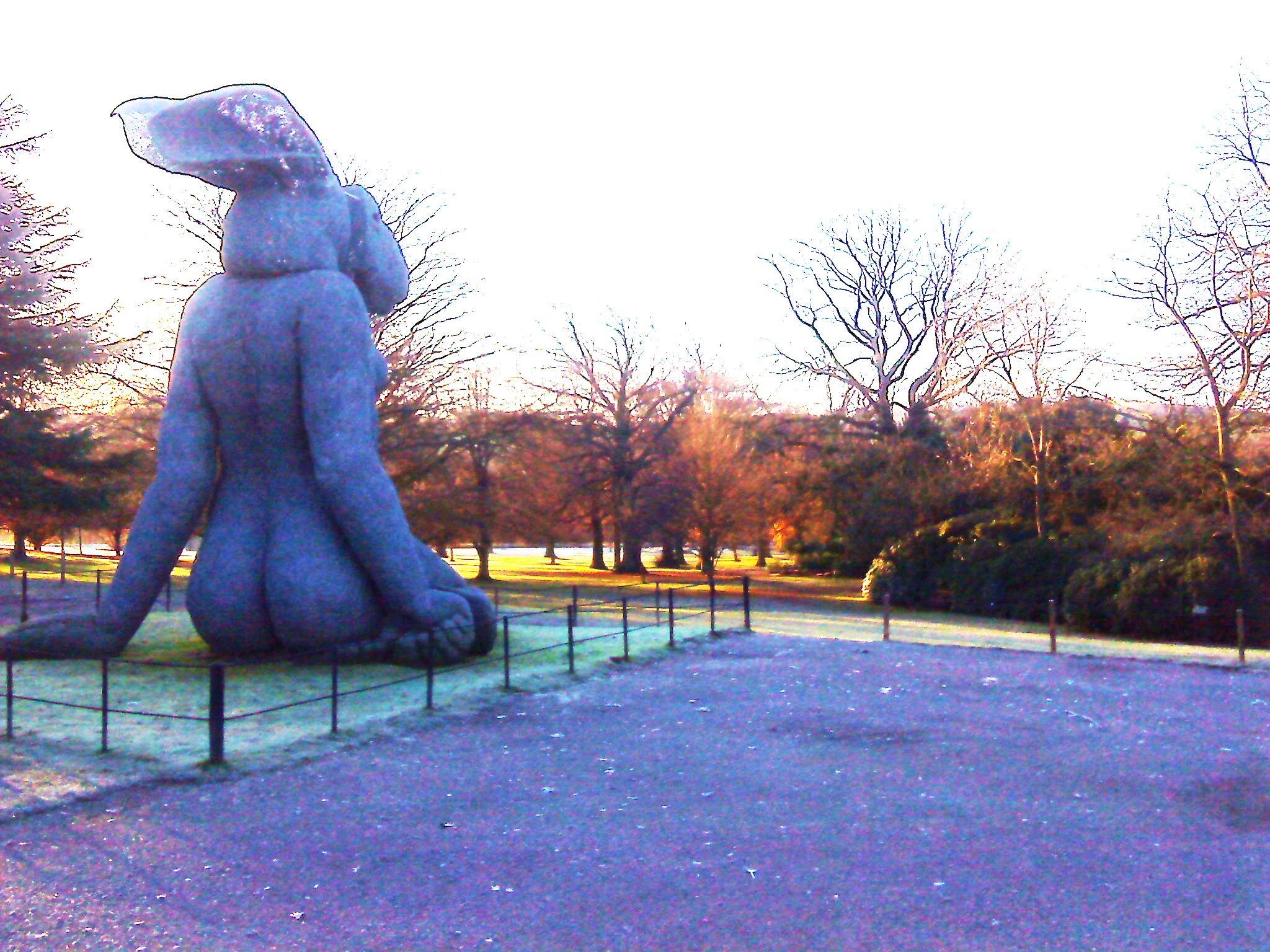 This naked giant hare is made out of metal wire and was created by Sophie Ryder, a sculptor who loves to work with mythological themes and characters. She has several pieces based around the idea of the hare as a symbol of mystery, intuition and magic.

A large sculpture - although in a sitting position it reaches a height of about 10-11 feet - it has an aura of calm and relaxation. It's as if this creature is day dreaming, wondering about its next move and what the day might hold.

Zoomorphism is the idea of animals becoming human and vice versa and Sophie Ryder plays with this notion that, deep inside, humans have animal traits and do sometimes become animals. This is reflected in the ancient fairytales and stories of shape-shifters, people who can transform into fish, birds and other fantastic creatures.

The hare has long been associated with witchcraft and magic and this sculpture fully captures the notion that humans and animals interact at an archetypal level.

A Walk on the Wild Side

I learned something new about sculpture, at work we have two sculptors and they do some amazing work with clay.

This is a great post. i enjoyed the new information about Sophie Ryder and about Zoomorphism that I learnt from this post.

fascinating beautiful statue - where is it located?