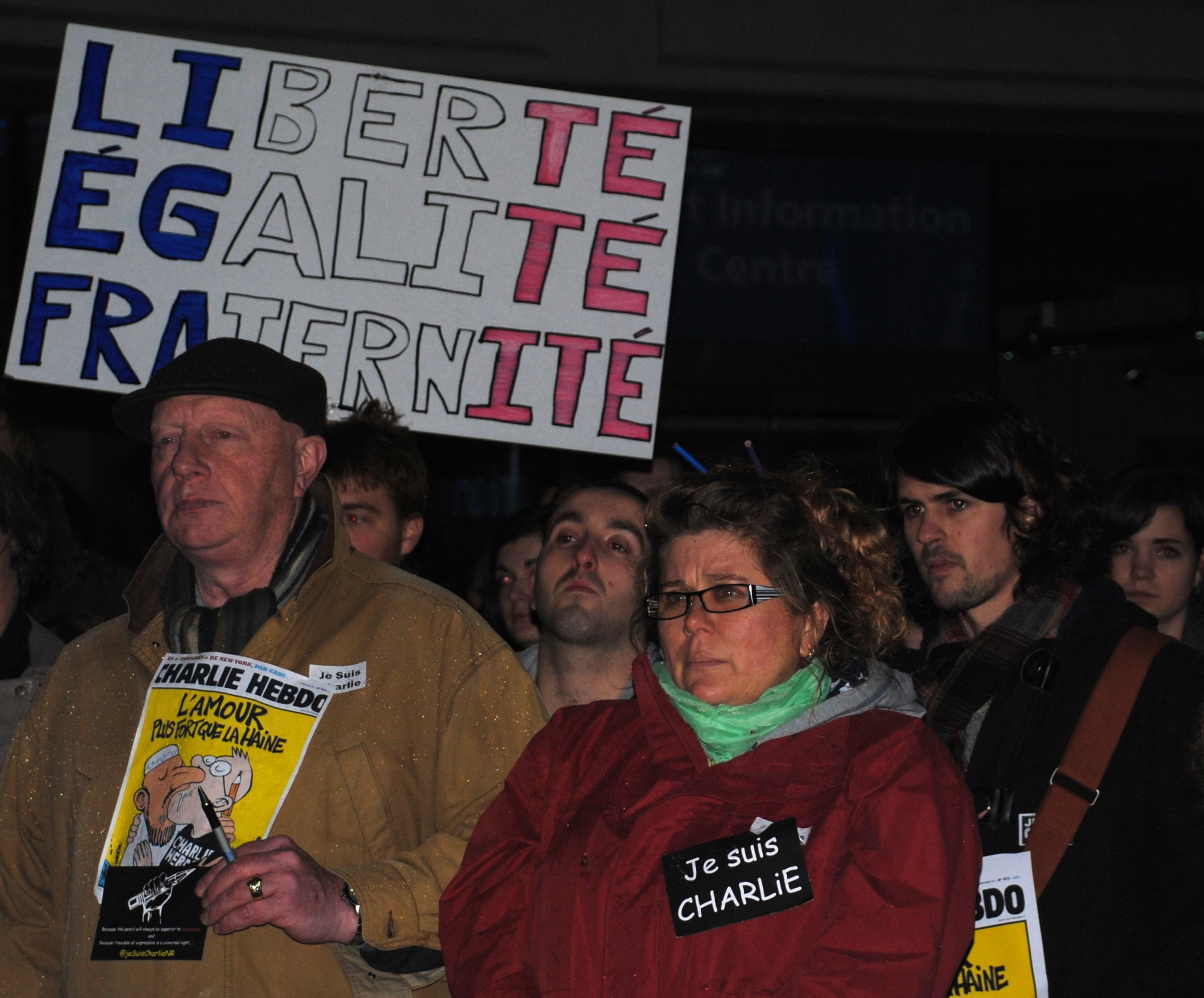 Freedom of expression and humour were initially dealt a deadly blow after this week's extremist terror attack at the Paris office of Charlie Hebdo, the satirical political magazine. Some have argued that the magazine deserved it for attacking Islam, not with bombs but with cartoons. Some have said that freedom of expression needs restraint, that hate, hurt and insult, especially of religion and race, need protecting.

As an equalities and freedom activist, and sometime comedian, I am often torn when these principles come up against each other. When one protected equality strand such as religion argues against another, such as sexuality. Freedom of speech, though, is a very basic human right. it protects religions and allows expression of faith - but also allows, criticism of religion, persons, political leaders, philosophers, and ideologies. There is a big difference between racism and religious criticism. One cannot choose one's birth race ,gender or sexuality, however religion is a belief, a choice - even if we are brought up in one, we can choose to leave, join another, or have none.

So, whilst I'm not keen on protecting Charlie Hebdo's right to insult and make fun of religion, nonetheless, it is a right worth protecting. I am less keen where it's humour has crossed the line into race and other stereotyping. Whatever, one's opinions though on Islam or free speech, courts or media are the place to respond, not terror and murder. There are laws allowing complaint and protection, there are media channels, allowing critique and reply. Killing will only create more extremists, more hardliners, and even greater satirical criticism.

For example, how weak must an ideology be to resort to fatally silencing its critics rather than debating or promulgating its beliefs? I say ideology rather than faith since extremist " Al Qaeda, ISIS, the Taliban and Boko Haram, no more represent Islam than Westboro Baptist and certain others represent Christianity. "

Even in the Bible when Christianity was emerging the Jews of the time allowed the new sect to evolve, arguing that "let them alone, for if this plan or action is of men, it will be overthrown, but if it is of God, you will not be able to overthrow them; or else you may even be found fighting against God." ( Acts 5:38-39 )

Instead, pen and brush are responding in the way they know, with a flood of cartoons of deifance against the attempt to silence criticism of Islam - or indeed, any ideology. " Rather than being cowed into fearful restraint they are letting rip not with bullets but with biros, proving that the pen is indeed mightier than the sword. " Buzzfeed has over 20 of the now dozens of graphic responses.

In the same way, the Taliban tried to silence Malala Yousafzai, with a bullet. It backfired. Instead, she has inspired nations, spoken at the United Nations, shared a Nobel Peace Prize, and encouraged increased education of girls - creating future artists, commentators, cartoonists, comedians, essayists, journalists, reporters, and writers.

As Reporters without Borders say:

"Freedom of expression and information remain the first of freedoms...and the foundation of all democracy" - http://en.rsf.org/

Political and satirical cartoonists, though they may push some buttons, cross the lines of taste and offence, are a necessary part of civilised and democratic society, that is open to criticism. Like writers and photojournalists, they are part of the courageous candour of journalists, putting their lives at risk, to bring us comment, opinion, reports and hopefully truths, that inform our freedoms and beliefs. These terrible statistics demonstrate the risks they take:

They have paid a high price. We don't need to agree with them or their opinions, but they have the right to express them, as do we to respond - but in kind, with the pen not the pistol, with criticism not kalashnikovs, and with the courts, not carnage.

We should also remember that as much as JeSuisCharlie is trending on Twitter so too JeSuisAhmed reminds that a Muslim policeman died defending Charlie Hebdo's freedoms to criticise Islam. This was an attack on freedom by extremists, not Islam vs the kafir "infidel/unbeliever". The response should be a defence of freedom to extremists, not an attack on Islam. Islamophobia is counter-productive, wrong, and playing into the hands of the terrorists and will only create more radicalised extremists.

It is a sad day when Korea allegedly decided what films are shown in America, and radical Islamists determine what cartoons can be published in Denmark. Danish newspaper, Jyllands-Posten, which had, 10 years ago, printed cartoons of the Prophet Muhammad, will now not publish any of Charlie Hebdo's cartoons due to security fears: "It shows that violence works" the newspaper editorial stated on Friday. Hacks and attacks do not further our liberty, they diminish it.